5 ideas to build an LGBT-friendly workplace in Singapore

5 ideas to build an LGBT-friendly workplace in Singapore 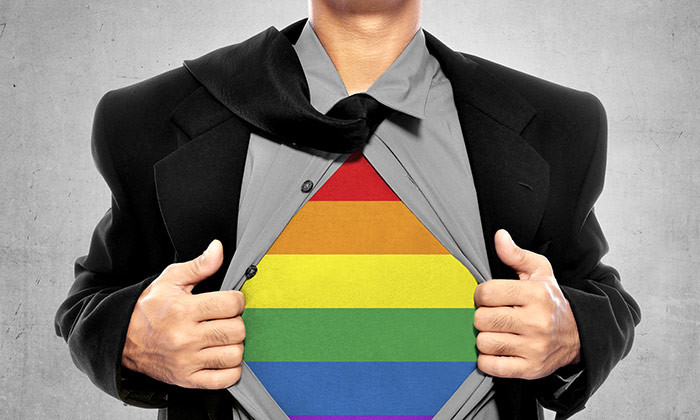 Despite 85% of CEOs globally admitting that diversity has improved bottom line performance, not all of this commitment has translated to action.

A separate survey found that LGBT applicants were 23% less likely to receive a call back for an interview with federal contractors, even if they were more qualified than a non-LGBT applicant.

Singapore is estimated to have about 350,000 LGBT (Lesbian, Gay, Bisexual and Transgender) individuals, in a new study – information enough to build a business case for employers to create environments inclusive for all employees and customers of all types.

The following are some ideas from the report for organisations to make a start, or build upon.

1. Non-discrimination statement: Such a document proves commitment that the organisation will not discriminate on the basis of age, mental/ physical ability, gender, gender identity or expression, national origin, race and sexual orientation or other differences.

2. The role of senior management: Senior management should take the lead in creating a safe culture, for example, by being visible allies, coaching LGBT and other minority talent, or being sponsors of LGBT networks within their companies.

3. Recognising all relationships: It is likely every company has employees who are in committed long-term relationships but are not legally married; or whose union may not be recognised in Singapore, be it LGBT employees, or heterosexual couples who choose not to formalise their relationship.

This precludes them from being able to access benefits such as health or life insurance coverage for their partner and so on.

The report suggests company policies to include “non-traditional” family models, and usage of inclusive language, such as where the term “partner” is used instead of “spouse”.

To ensure the system isn’t abused, the HR team can mandate documents such as an affidavit from a lawyer including a statement of affirmation of the individuals in the relationship.

Such a policy can help extend company benefits to partners, with the employee being required to inform the company when there are changes to the relationship.

The report identified while it is common practice for employees to talk about their boyfriend, girlfriend, or spouse, some companies discourage LGBT employees from talking about their partner.

It is therefore helpful for bosses to start conversations about relationships with nouns/pronouns that are not gender-specific. For example, “you and your partner” is more inclusive than “you and your wife.”

5. Stop derogatory remarks: The study cited a recent survey that found the most common forms of abuse or discrimination faced by LGBTQ individuals are homophobic jokes and derogatory names, be it in English, Chinese, Malay, Tamil or other local dialects.

From a management perspective, bosses must make it cleat that derogatory remarks against any group of individuals are not only inappropriate but are also directly opposed to the values and rules of the organisation.

Managers can encourage employees to stand up or speak out against such behaviour in public and private settings, such as at the office pantry, or over watercooler conversations.

Share with your friends:
Tweet
HR Vendors of the Year Awards – Singapore finalists announced The top 10 countries for expats