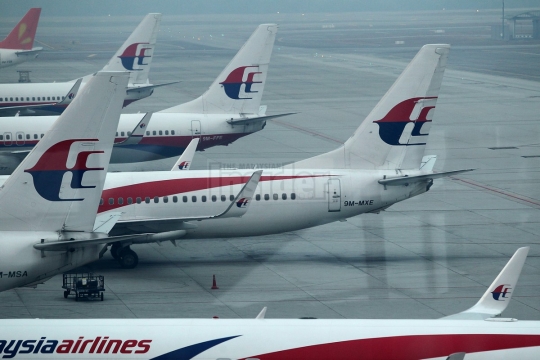 About 6,000 Malaysia Airlines (MAS) employees, who will be laid off effective September 1, are expected to receive compensation from September 7.

“For those who served under 10 years, they are expected to receive one month’s final salary multiplied by years of service while persons with disabilities and husbands and wives who worked in the same company, one of them will receive an additional 30%.”

Meanwhile, Alias said Maseu was in the process of setting up a cooperative in order to generate income and create new jobs for the former MAS employees.

He said so far, it was in the stage of preparing a community portal and was expected to be launched early September.

Alias said various activities had been planned including to obtain taxi permits, to engage in activities such as fishing and venture into business by using the compensation money.

“For those who are not interested in doing business, then we will help them to find whatever job that is suitable.”

Alias also hoped that relevant government agencies including the National Entrepreneurial Group Economic Fund (Tekun) would come forward to provide financial assistance and advice to the employees in carrying out their new activities.

He said Maseu would continue to fight for the rights of those who would be laid off.

The services of all 20,000 MAS employees were terminated on June 1 and offer letters were given to 14,000 of them to join the new Malaysia Airlines Berhad entity.