73% of Hong Kong staff set to receive bonuses this year

73% of Hong Kong staff set to receive bonuses this year 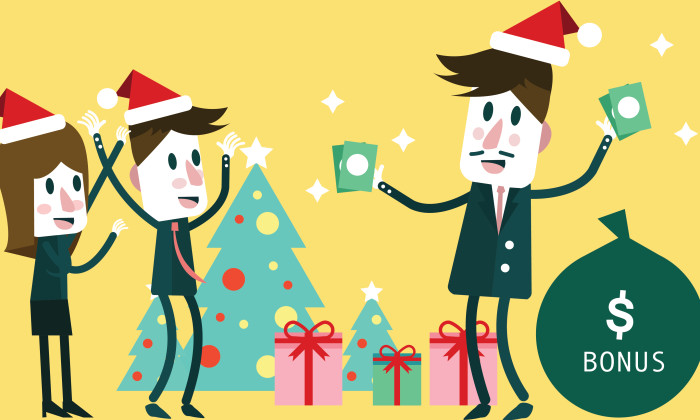 Despite a gloomy economic outlook, most local employers are planning to offer staff a bonus a this year.

Among those who plan to offer the perk, 59% of bosses intend to offer bonuses equivalent to one month’s salary, according to CTHR Recruitment and Salary Trends Survey – Q4 2015.

Most bosses added these bonuses will be offered to almost all employees, while 25% would only give them to selected employees.

The two main factors taken into account by employers when considering pay adjustments and bonuses were the company’s overall performance in 2015 (according to 68% of employers), followed by individual performance (64%).

On pay raise prediction for next year, the majority of employers polled (47%) envisaged pay rises of 4 to 6% for their staff in 2016, while 30% expected salary increases of 1 to 3%.

In addition, 8.5% of respondents envisaged increases of 7 to 9%.

ALSO READ: Will you give out a holiday bonus to staff this year?

The survey also found hiring is set to remain strong in the end of this year, with 40% of employers stating they have plans to hire more staff.

Only 3% of bosses said they have plans to lay off staff.

The industries with the strongest hiring intentions were found to be banking and finance (75%), followed by building and construction (71%); information technology (60%); education (56%) and hotel and catering (48%).

The main reasons cited for cutting staff in Q4 2015 was “individual company performance” (60%) and the “global economic environment” (50%), followed by “restructuring” (40%).

The retail industry topped the list when it comes to employment freezes, with a substantial 57% of surveyed employers stating they would not employ any staff.

This was followed by the travel and transportation sector (46%) and manufacturing and trading (45%), human resources management and media and communications (both 43%), and the property sector (40%).

Although hiring intentions is strong 80% of the employers interviewed found it difficult to find the right people for some positions, with the greatest challenge being the recruitment of non-managerial staff (38%) and entry level employees (30%).

In order to retain staff, CTHR advised employers to take full advantage of their employees’ knowledge and skills and focus on opening up opportunities for those who feel overqualified in their current jobs.

They may also consider offering additional training or educational opportunities, which will increase staff morale and job satisfaction.

A total of 316 employers across at least 15 industries and 1,215 employees spanning a wide range of sectors responded to this survey, conducted in October-November 2015. Of the employers, 81% were at middle and senior management level .

Share with your friends:
Tweet
The best of you: Finding the “human” part of HR Marketing Sector in Singapore Confronted with a New Digital Reality