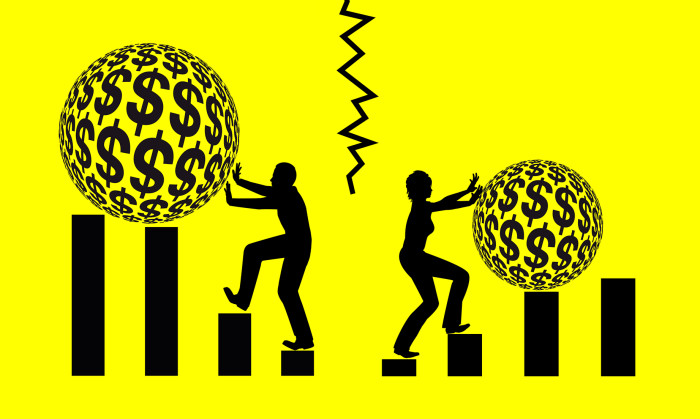 Gender equality in the workplace is still a work in progress, especially with 73% of senior executives believing that it can not be be achieved until 2030.

But while analysing the root causes of this phenomenon, researchers have found another explanation for the pay gap between genders: women choose to pursue careers which offer less money.

Research by Oxford University’s Careers Service showed that girls are limiting their career options by going for “worthwhile” jobs, while boys go after jobs that offer big salaries.

These “worthwhile” jobs are generally characterised by more ‘informal’ recruitment policies – like getting an internship or doing unpaid work  and entry level jobs that are below what are generally considered “graduate jobs”.

The research findings were presented by Jonathan Black, director of the Oxford University Careers Service, at the Girls Schools Association (GSA) annual conference.

ALSO READ: 43% of Millennial women are confident about receiving equal pay at work

The research follows on from a survey of university graduates last year that showed a ‘gender gap’ in the jobs male and female students attained after leaving university.

‘Our latest research has confirmed that gender-based differences in career confidence start early.  Sixth-form girls have lower confidence about their career and, compared with boys, are more concerned about each aspect of job application, and are more interested in careers that offer job security,” said Black in a press release.

“This has the knock-on effect that girls may be self-limiting their choice of careers, especially because the types of jobs they seek often have informal entry processes – for example networking or low and unpaid internships,” he said.

Karen Parker, a management consultant who was a speaker  for the GSA conference, said the phenomena that girls are more likely to go for lower paid jobs is another fault of male domination at the workplace.

She said when women look at the environment that surrounds jobs with higher pay, they find them not as attractive as they are quite often male dominated, she told The Telegraph.

“Women look for more than salary for the careers that they are going into. Traditionally we’ve always looked at men as being breadwinners but that is now changing. It could be an underlying reason for women to choose jobs that make them ‘feel good’,” she added.

The research was conducted through a survey of 3,698 students from 63 different schools and colleges across the UK, including 31 coeducational and 32 single-sex schools.