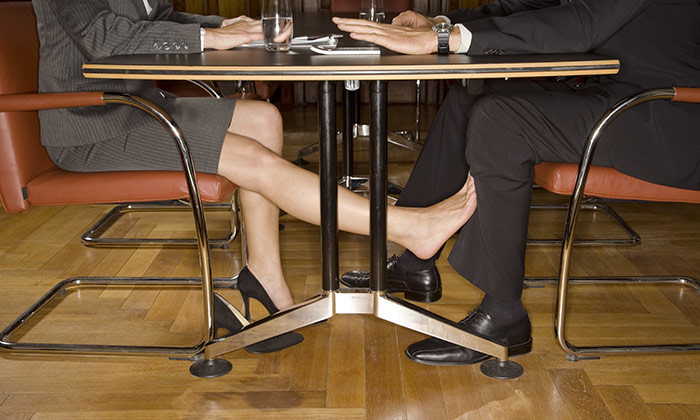 As Valentine’s Day approaches, get ready to see signs of romantic jubilation at work – especially in the corner office.

In fact, according to CareerBuilder’s annual Valentine’s Day survey, 23% of workers have dated someone in a higher position than them.

This was a more common occurrence for women than men (26% versus 20%).

And as if dating a superior wasn’t risky enough, 17% of office romances involved at least one person who was married at the time.

The national survey was conducted online by Harris Poll on behalf of CareerBuilder from November 4 to December 1, 2015, and included a representative sample of 3,252 full-time, private sector workers across industries and company sizes.

It highlighted that 37% of workers overall have dated a coworker, and 33% of those office romances have led to marriage — on par with last year’s findings.

But it’s doubtful whether these employees are, officially, breaking the rules by getting into an office romance.

More than 2 in 5 employees (45%) don’t even know whether their company has a dating policy in place.

ALSO READ: What NOT to do when celebrating Valentine’s Day with colleagues

To keep it professional, some are keeping their affairs hush-hush.

One third of workers who have had an office romance (33%) had to keep their relationship a secret at work, which can be easier said than done.

“More than one 1 in 4 workers who have had an office romance (27%) have run into co-workers while out with their office sweetheart (10% pretended they weren’t dating, while 17% admitted to it),” the survey stated.

But even the most secretive of office romances may not be so secret after all: 65% of employees say they’re confident they know the relationship status of everyone in their office.

Among those who have had an office romance, more than 1 in 10 said their trysts began late night on the job (12%).

The next most popular place for Cupid to strike was happy hour after work (10 percent), followed by chance meetings outside of work (10%), and lunches (9%).

Nearly one in ten workers who have had an office romance (9%) claim they fell for their workplace loves at first sight.

Share with your friends:
Tweet
Aryan and CareerBuilder show leadership in recruitment HSBC will not be freezing salaries after all