Are professional networks holding women back from advancing in their careers?

Are professional networks holding women back from advancing in their careers? 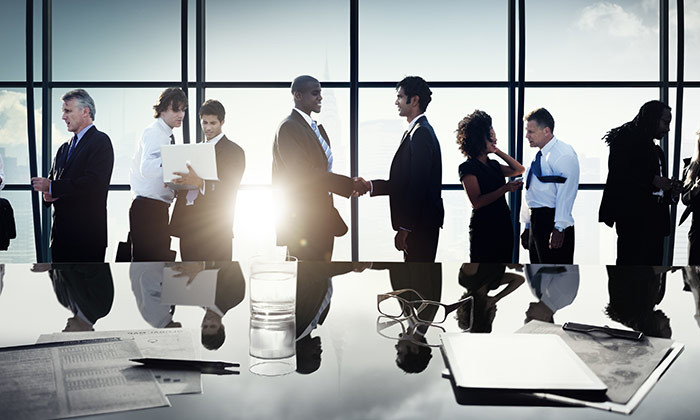 Looks like the culprit to women’s low presence in senior positions might just be their professional networks.

According to LeanIn.Org and McKinsey & Co.’s Women in the Workplace 2015 study, women are still under-represented at every level in the corporate pipeline.

“Many people assume this is because women are leaving companies at higher rates than men or due to difficulties balancing work and family. However, our analysis tells a more complex story: women face greater barriers to advancement and a steeper path to senior leadership,” the study indicated.

In fact, these barriers are currently so intense, that it will take 25 years to reach gender parity at the senior-VP level and more than 100 years in the C-suite, the study concluded.

One such possible barrier, the study identified, was a peculiar trait in the type of professional networks men and women hold.

Both genders were found have different kinds of professional networks, leading to unequal levels of support.

Despite their networks being similar in size, 63% of men said they have networks consisting of more or all men (vs 38% of women). Women, on the other hand, were more likely to hold networks with about half men and women (36%, vs 30% of men) or networks with more or all women (26% vs 7% of men).

These networks play an integral role in helping professionals rise up the ranks, with two-thirds of both genders admitting the same.

In the current situation, the study concluded, given that men are more likely to hold leadership positions, women are likely to end up with less access to senior-level sponsorship.

ALSO READ: Is there a hidden quota for women bosses?

Another barrier preventing women from rising up the ranks was a lack of participation in flexible programmes, the study added

Despite companies offering flexibility programmes, employees (both men and women), were reluctant to participate for fear of being penalised with more than 90% of women and men believing that taking extended family leave will hurt their careers.

As a result of the above, women were more likely to cite facing more stress or pressure of a top job (58% if women vs 48% of men) and felt that they are unable to balance family and work commitments (65% of women vs 62% of men).

Regarding the study, Sheryl Sandberg, Facebook’s chief operating officer wrote in an article published on The Wall Street Journal: “Our research reveals that despite modest improvements since 2012, women remain underrepresented at every corporate level.”

She added, interestingly, the drop-off in senior ranks was not mainly due to attrition.

“Women see an uneven playing field—a workplace tilted against them. Women are twice as likely to believe their gender will make it harder to advance, and senior-level women view gender as a bigger obstacle than entry-level women do.

“To get more women into leadership roles, we have to address our culture’s discomfort with female leadership. Young girls are called “bossy” on our playgrounds, while young boys are expected and encouraged to lead.”

This dynamic, she explained, carries over into the workplace, where “women walk a tightrope between being liked and being respected—and men do not.”

“This persistent bias creates a double bind for women that we must surface, acknowledge and fix.”