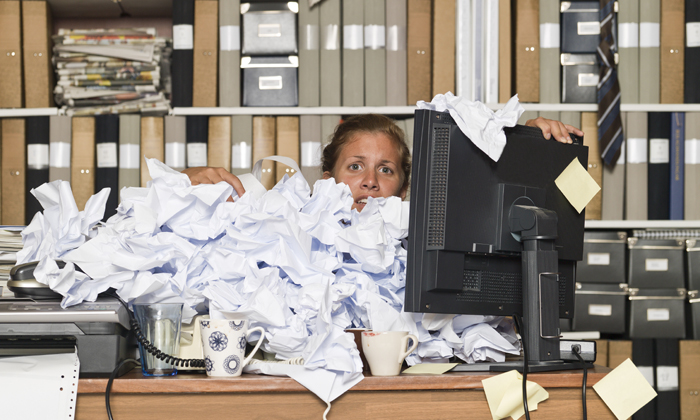 Here’s why you shouldn’t be too fussed next time you see your staff working on a messy desk.

They may, in fact, point to the presence of a creative mind, according to research from psychologist Kathleen Vohs at the University of Minnesota.

“Prior work has found that a clean setting leads people to do good things. Not engage in crime, not litter, and show more generosity. We found, however, that you can get really valuable outcomes from being in a messy setting,” Vohs told Association for Psychological Science.

Vohs performed an experiment asking two groups of participants to fill out some questionnaires in a tidy office and a messy one.

When asked to generate new uses for ping-pong balls, those inside the messy rooms  consistently listed more uses than their counterparts in the tidy room.

ALSO READ: Do you care about a messy desk?

After further analysis of the responses, researchers found that subjects from both rooms came up with about the same number of ideas, which meant they put about the same effort into the task.

But those in the messy room has almost five times the number of highly creative responses compared to their tidy room counterparts.

Vohs explained that being in an orderly environment influences people to conform to the conventional expectations.

However, being in a messy room helps people depart from those conventions and unlock more divergent thinking.