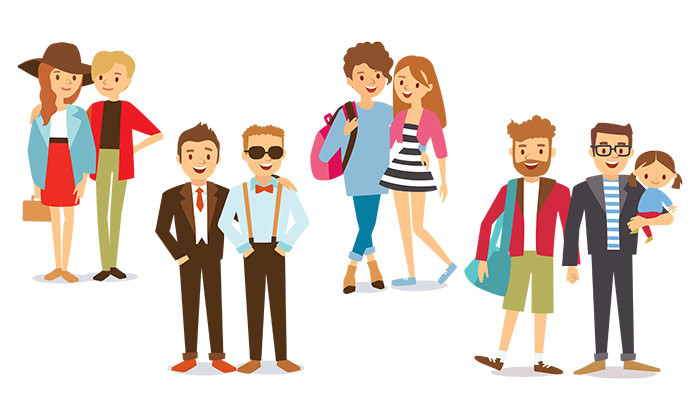 Led by tech giants Facebook, Google, Microsoft and Apple, nearly half of the 851 US-based firms across all industries that participated in a diversity index by Human Rights Campaign Foundation achieved perfect scores.

The study, known as the Corporate Equality Index evaluated whether companies prohibit discrimination on the basis of sexual orientation and gender identity, offer domestic partner benefits and provide equal health coverage for transgender individuals, among other metrics.

But gay rights’ activists say the on-the-job realities aren’t so rosy and the existence of inclusion policies hasn’t translated to many openly LGBT people reaching the highest rungs of the corporate ladder.

Apple CEO Tim Cook remains the only openly gay CEO among the Fortune 500 list of US companies.

Tech companies have typically been considered to be more inclusive since they are relatively younger, making it easier to introduce LGBT-inclusive policies.

In 1993, Microsoft became one of the first companies in the world to offer employee benefits to same-sex domestic partners.

However, it is difficult to gauge the success of these policies and initiatives.

“Until more companies start tracking workers who self identify as LGBT, we are not going to even know how many LGBT people were promoted or left the company. Often that’s a reflection of the company’s culture,”  Selisse Berry, CEO of Out & Equal, a nonprofit dedicated to equality in the workplace told The Wall Street Journal.

ALSO READ: 5 ideas to build an LGBT-friendly workplace in Singapore

Commenting on building a LGBT inclusive workplace in Hong Kong, Lucy Munro, head of HR, Asia Pacific and Middle East at Hogan Lovells said most LGBT staff are still wary about coming out.

“We hope that employers will be more open about LGBT issues and more people will feel comfortable to be open about their sexual orientation,”  she said.

Recognising the challenges that LGBT individuals face in the workplace in Asia, Hogan Lovells launched an internal LGBT Network in 2012 to discuss LGBT workplace issues and provide mentoring and sponsorship to LGBT lawyers in Asia.

“I think employers should continue to listen to staff when creating LGBT polices.  They should ask people about what they want to get a deeper understanding of the issues and take action,” said Munro.

“It is through these events, we hope to enhance the conversation on LGBT rights. Employers who are wary about hiring LGBT workers are certainly missing out on a key talent pool,” added Munro.

Share with your friends:
Tweet
VOTY 2015: The best recruitment firms in Hong Kong, Singapore and Malaysia How firms in Singapore are celebrating the festive season