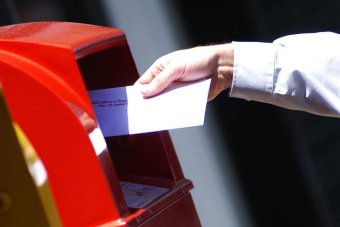 Australia Post has announced major job cuts as the decline in its traditional letter delivery service continues to accelerate.

The ABC understands 1,900 voluntary redundancies will be offered over the next three years from metropolitan centres.

Australia Post has confirmed losses in its mail delivery business are approaching $500 million this financial year.

With the volume of ordinary mail expected to plunge by more than 10 per cent, Australia Post has warned it will report its first company-wide financial loss in more than 30 years.

The disruption created by email and other online message services has taken losses at Australia Post to more than $1.5 billion over the past five years.

“We have reached the tipping point that we have been warning about where, without reform, the business becomes unsustainable,” Mr Fahour said this morning.

“We welcomed the Federal Government’s decision to support reform so we can manage the mail service losses, meet the changing needs of our customers and continue to invest in growing parts of our business such as parcels and trusted services.”

In announcing the voluntary redundancies, Mr Fahour confirmed there would be no change to postal deliveries five days a week.

However, earlier this year Mr Fahour flagged the possibility of a two-speed postage service for its loss-making letter deliveries business so it can focus on the lucrative opportunities in freight and parcel deliveries.

Mr Fahour said there would be no forced redundancies caused by the overhaul of the letters business and the focus would be on retraining and deployment.

“While reforming our business we have made a number of commitments to protect our employees, our Post Offices and the community,” Mr Fahour said.

Under the proposals, Mr Fahour said he would protect Australia Post’s national network of more than 4,000 post offices.

He said there would be financial support for licensed post offices and community postal agencies which make up 80 per cent of the business.

Australia Post said that, since October 2013, more than 4,000 staff have been transitioned into different roles with an emphasis on its fast growing parcels delivery business.

Share with your friends:
Tweet
MOM revokes accreditation of five training providers Why HR professionals in Hong Kong are unhappy