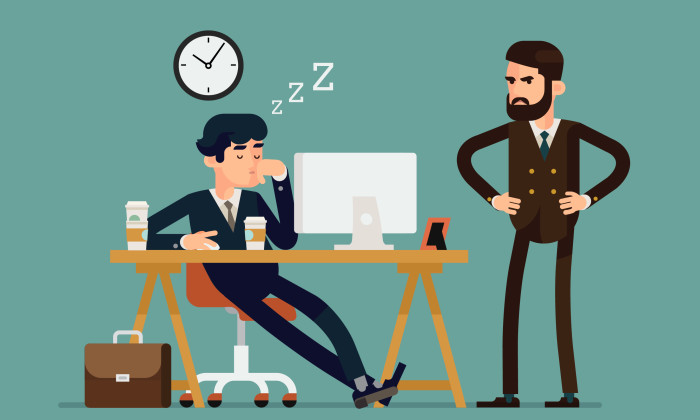 Many studies have shown Hong Kongers are the hardest workers on earth, with the most recent one being the UBS Prices and Earnings 2015 which ranks the city number one in terms of number of working hours at 50 a week.

But have you ever wondered what exactly is causing these professionals to consistently put in long hours at work?

The answer is, interestingly, divided between employees and bosses – with both sides conjuring different reasons as to why overtime is such a common phenomenon in the country.

Local bosses gave a rather controversial answer- staff are wasting too much time doing private business at work, according to a working hours study jointly conducted by Hong Kong Baptist University and recruitment website CTgoodjobs.

More than half (52.6%) of bosses believed long hours were required mainly because staff were spending too much time on company business, while 87.6% said operational needs required staff to stay late.

This contrasted sharply with the views of employees – fewer than 30% said they spent too much time on personal business at work, while 84.5 % said it was the company culture that required staff to work overtime.

More than eight out of 10 (82%) also said they need to go overtime because bosses had not hired enough people to conduct tasks sufficiently.

For overtime allowance, 43% of the employers said they don’t provide it and 62.9% of workers said their company has no such policies.

The survey also reported a huge divide between bosses and staff when it came to flexible working hours.

Almost all (90%) of workers believed flexible working arrangements could allow them more time with family and help improve their family lives while 78.9 %believed doing so could improve productivity,

Bosses, however, remain skeptical, with 85.1% saying flexible working hours could be difficult to manage and 89.4% believing such arrangements will be abused.

This was especially because the study found 65% of the employees are considering changing jobs within a year – with long working hours being one of the reasons to do so.

The study polled 388 employers and 1,643 employees in 12 trades and sectors, ranging from education and logistics, to the government, between June and August this year.