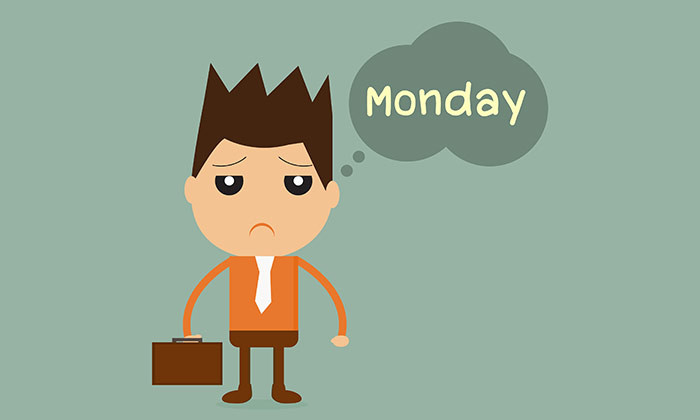 The office always seems quieter on Mondays, as staff struggle with low morale and motivation and end up often calling in sick.

Unsurprisingly, the situation gets especially critical around the start of the year, with staff suffering from post-holiday blues.

According to a new research by Group Risk Development (GRiD), one in 10 have seen their absence rates worsen over the last 12 months.

The report stated these figures, in fact, show less improvement compared to last year, when 40% of businesses said their absence rates had improved.

This indicated “a general slow-down or even complacency when it came to managing employee absence”, the report said.

Katharine Moxham, spokesperson for Group Risk Development, said: “It’s important that strategies to manage absence are kept up, and that rates aren’t allowed to increase as it really will have a significant impact on business costs in the long-run.

She stressed measures to stabilise abseenteeism in companies were becoming key, especially with 57% of businesses revealing absences cost them up to 4% of payroll.

Accordingly, the study highlighted the range of initiatives which employers have introduced to reduce the absence rate.

These included introducing flexible working initiatives (36%) up by 4% from last year, return-to-work interviews (28%), and disciplinary procedures for unacceptable absence (17%).

It also delved into the most effective policies for curbing absenteeism.

It found the main reason for improvement in absence rates was good morale (62%) and having a robust absence management strategies in place (34%).

“Flexible working can help to retain talented staff, allowing them to balance home commitments as well as focus on work.”

“To avoid any surprise costs, and protect against future absences, it’s vital these initiatives are kept up and that they remain a priority. It may seem like a lot to consider in the short-term, but investing in staff in this way will make a huge difference to the bottom line,” she advised.

Additionally, 30% have introduced health and wellness initiatives for their staff.

However, 45% also admitted that they thought the improvement in absence rates was simply down to fear of redundancy or anxiety about jobs, while 30% thought it was due to presenteeism – with employees not well enough to come in doing so anyway – which could risk longer-term absence if not addressed.

The businesses who have experienced an increase in absence rates felt that it was due to low staff morale (69%), manpower shortages (42%), and bogus absences (40%).

READ MORE: What happens to your staff when they go abroad for holidays?