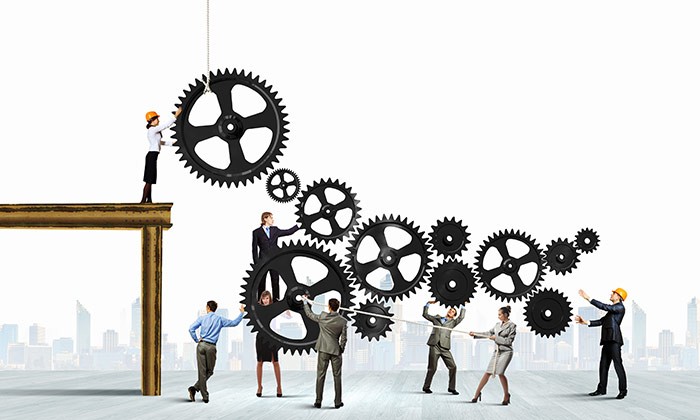 As a technology leader, it is necessary for Cisco to use various technologies to manage its 70,000-plus employees worldwide such as “connected recognition”, the company’s internal system that allows employees to suggest gift cards to be given to co-workers.

Most recently, the firm rolled out Team Space – a tool designed to support its mission to serve teams and team leaders, to unlock the power of its teams and, ultimately, accelerate team performance.

Ashley Goodall, SVP of leadership and team intelligence at Cisco, explained: “Starting with HR in September, we have begun to roll out Team Space in phases. We currently have 8,000 employees from various global functions across the company on the platform, and we’ll have the entire company on by the Fall of 2016.”

Cisco decided to roll out the new system when its employees pointed out its old performance management system was causing more harm than good.

“Rather than forcing an immediate replacement, we simply shut off the old system. This allowed us time to find the best way to serve our people.”

While the traditional performance management system focuses on the individual, Cisco noticed that great accomplishments were delivered not through an individual, but through teams.

To unlock the power of teams across the firm, Cisco chose a technology that helps people understand and reveal their strengths to their teams.

We learned that we needed to solve for something bigger than just a new system for performance management. We’re actually solving for teams –and how to find and make more of the best teams. Finding the technology that would help us achieve those goals was a bigger priority than having something in place in the short term.

“Team Space is personalised for Cisco and has specific features that help us better manage talent.

“For instance, our people told us that annual reviews were not working. This was because these were mandatory, infrequent and backward-looking conversations not at all relevant to what we’re currently working on.

“What we’ve discovered is the best teams have frequent, future-focused conversations about the work that better mirrors the pace and reality of our work. So, team space includes a check-in tool that complements this necessary human touch.”

When implementing Team Space, the biggest challenge was taking a step back and deciding what the company really wanted the technology to achieve.

“That meant stopping the use of a system that no longer worked for us and feeling comfortable without a technology in place until we found the best fit.”

Once the technology was selected, implementing a new system for 70,000-plus people was in itself a challenge, so was encouraging engagement with the new system.

To work past the barriers, Goodall explained the team pushed itself to look at the bigger HR goals instead of rushing through the system.

“We learned that we needed to solve for something bigger than just a new system for performance management. We’re actually solving for teams –and how to find and make more of the best teams. Finding the technology that would help us achieve those goals was a bigger priority than having something in place in the short term.”

At the same time, Cisco trialled the new programme before a full roll-out to work out the kinks and get feedback before committing to a larger introduction.

After the full roll-out, Team Space is expected to help Cisco accelerate team performance, and in turn, deliver better outcomes for its customers.

In the long term, this technology will help scale team excellence across Cisco through customised tips for team leaders about what the best teams are doing. It also allows leaders to measure their engagement against the best teams, and against their own engagement over time.

For more case studies from Philips Electronics, AECOM and ABR Holdings, and the latest trends in HR Tech, head over to the Human Resources’ April feature.

Share with your friends:
Tweet
The challenge for CHROs: Adding dollar value Offices aren’t ready to meet the needs of the future workforce