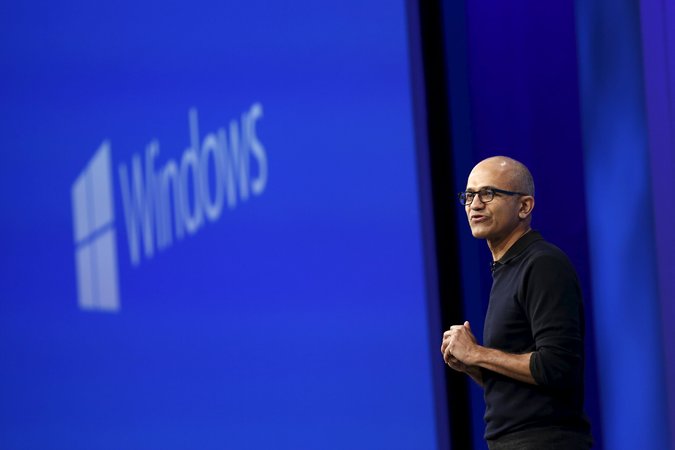 When Microsoft announced its deal to acquire Nokia’s mobile phone business, Steven A. Ballmer, Microsoft’s chief executive at the time, boasted that the deal was a “bold step into the future.”

But on Wednesday, Microsoft’s current chief executive, Satya Nadella, sought to leave that deal in the past. He announced a broad rethinking of the company’s phone strategy, a change that includes cutting up to 7,800 jobs, mostly from the phone business, and writing off nearly all of the value of its Nokia acquisition.

The move is a clear acknowledgment that the deal was a multibillion-dollar strategic blunder by Mr. Ballmer, who had envisioned it as a way to make Microsoft more competitive in the mobile market dominated by Apple, Google and Samsung. Mr. Nadella is said to have disliked the acquisition originally, though he publicly endorsed it after becoming chief executive.

“It’s a headache that Nadella inherited,” Daniel Ives, an analyst at FBR Capital Markets, said. “It is really cleaning up Ballmer’s mess.”

The job cuts amount to more than 6 percent of Microsoft’s global work force. Combined with 18,000 job cuts last year, most of them also related to the Nokia acquisition, Microsoft will end up letting go a majority of workers who joined the company as a result of the deal.

While Microsoft will not stop making smartphones, Mr. Nadella said on Wednesday that it would no longer focus on the growth of that business, instead emphasizing the expansion of the broad “ecosystem” of products, including mobile phones, that run its Windows software. Since he took over, Mr. Nadella has increased the development of apps and services for Google’s Android and Apple’s iOS devices, many of which have been popular with the public.

“I am committed to our first-party devices, including phones,” Mr. Nadella said in an email to Microsoft employees. “However, we need to focus our phone efforts in the near term while driving reinvention.”

A majority of the latest layoffs will be outside Microsoft’s home base near this city, including in Finland, where Nokia originated. Nearly 25,000 employees joined Microsoft as a result of the deal. At the end of March, Microsoft had more than 118,000 employees globally.

The company’s retrenchment in smartphones comes as Mr. Nadella, who became chief executive last year, has pulled Microsoft back from initiatives begun by Mr. Ballmer.

Mr. Nadella sent a companywide email in late June intended to rally employees for the coming year. He also warned in the message that Microsoft would need to “make some tough choices in areas where things are not working and solve hard problems in ways that drive customer value.”

Also in June, Microsoft said it was selling its online display advertising business to AOL, as Microsoft exited a business for which it once had high hopes. In 2012, the company signaled how its ambitions in the area had sputtered when it took a $6.2 billion accounting charge related to its acquisition of aQuantive, an online advertising company.

Microsoft has continued to lose market share in smartphones since acquiring Nokia’s handset business. The company has failed to turn the Windows Phone operating system, which runs on its handsets, into a vibrant alternative to the two leading mobile platforms, iOS from Apple and Android from Google.

Last month, the company said that Stephen Elop, the former chief executive of Nokia who became a senior Microsoft executive after the acquisition, overseeing its devices business, would leave Microsoft.

Rather than catering to all smartphone shoppers, Microsoft said it would narrow its focus to three types of customers: business users who want strong management, security and productivity apps; buyers looking for inexpensive phones; and Windows fans.

Microsoft said it would take the $7.6 billion charge during its fourth fiscal quarter, which ended June 30, and that it would be a noncash charge reflecting the declining performance of the smartphone business, which continued to lose money and market share. Microsoft said it would also take a cash restructuring charge of $750 million to $850 million related to the layoffs.

Investors had a muted reaction to the news, with shares in the company down 0.1 percent, to $44.24, for the day.

Mr. Ballmer acquired Nokia in large part because a partnership between the two companies was in jeopardy, with the prospect that Microsoft’s mobile business could have collapsed entirely. When the deal was announced in 2013, Nokia was the most important maker of handsets based on Windows Phone, which remains true today. But there was fear within Microsoft that Nokia might switch its allegiance to Android, Google’s far more popular mobile operating system.

Jan Dawson, an analyst at Jackdaw Research, said the Nokia deal forestalled that situation, buying Microsoft another couple of years to find a successful formula in the smartphone market. It is now preparing for the release of a new version of its operating system, Windows 10, that will run on a broad array of devices, including smartphones, PCs, tablets and the Xbox.

Microsoft hopes that having a common foundation among those devices will attract more interest from software developers, which could make its smartphones more appealing to consumers. In the meantime, Mr. Nadella has released versions of its Office applications for Android and iOS that have been hits with reviewers and mobile users, creating a bright spot for its broader mobile business. The prospects for its own smartphone business are still grim, many analysts believe.

“They saved it long enough that they could have another go,” Mr. Dawson said. “But I don’t think it’s going to work.”

Share with your friends:
Tweet
Determining Employee Raises for the Upcoming Year 11,777 labourers went abroad for work in June