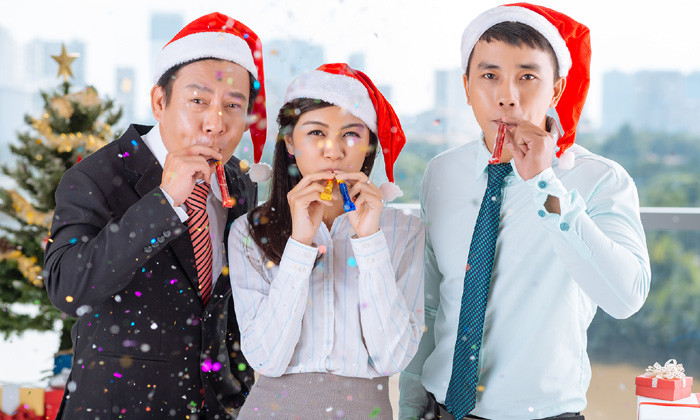 With Christmas just round the corner, one question bound to be on your employees’ minds is, will there be an office holiday party?

Unfortunately, according to a survey by the Society for Human Resource Management, fewer companies will be throwing office holiday parties this year.

Polling 385 HR professionals, the survey found that 30% of respondents indicated that their organisations do not usually have an end-of-year holiday party, almost double that of 2012 (17%).

Thankfully, 65% had indicated that their organisation will have an end-year/holiday party open to all employees, at least for 2015.

Of those who have indicated that there will be a party, 83% divulged there is a budget for the event with most (80%) indicating that the 2015 budget was about the same as the 2014 one.

Almost half (45%) indicated their budget was larger in 2015 compared to five years ago (2010) and only 22% indicated having a smaller budget to work with.

To prepare for this gift-giving season, 55% of HR professionals indicated their organisations will allow employees to shop online at work during lunch and breaks.

Sadly, about one-third (32%) indicated their organisations frown upon the idea and will not allow personal online shopping at any time.

Additionally, though slightly less than that of 2013 (32%), 23% of HR professionals indicated their organisations will give non- performance-based gifts to all employees at the end of the year.

On to one of the most important questions – will there be alcohol?

And it seems like the answer is mostly yes.

More than half (59%) of HR professionals indicated their organisations plan to serve alcohol at their party. Of those planning to serve alcohol, 47% plan to regulate alcohol consumption at the event with the most popular method being to drink tickets or having a drinks maximum (71%).

In the spirit of giving, a majority of HR professionals (82%) revealed that their organisations are participating in charitable donations/drives during this joyous season, an increase from 2012 (74%).

Share with your friends:
Tweet
American Apparel under fire for making staff wear “Ask Me to Take It All Off” shirts A poor career choice may be the reason behind gender pay gaps