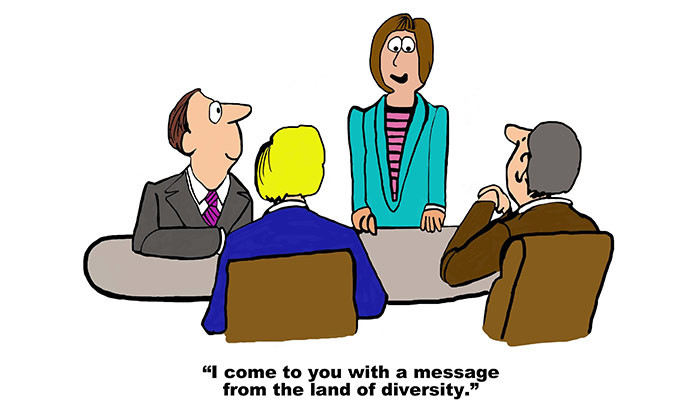 While there has been widespread dialogue and public commitments in the area of gender diversity in the boardrooms, it seems like not much action is being taken to improve the situation.

According to a global survey by Grant Thornton, between 2015 and 2016, the percentage of senior  management roles in Singapore held by women has merely increased by 3% to reach a dismal 26% – just slightly above the APAC average of 23%.

The Philippines took the top spot as the APAC country with the highest proportions of leadership roles held at 39%. This was closely followed by Thailand (37%) and Indonesia (36%).

The report pointed out: “The APAC region continues to make slow progress in getting women into senior roles within companies.”

Almost a third of the region’s businesses have no women in leadership roles. Across the region, the figures rose in developed countries to 57% from 53% in 2015, while it falling substantially among APAC’s emerging economies from 29% a year ago to 20% in 2016.

In Singapore, though the number has increased, only 25% of businesses have at least a woman in leadership, up from 18% in 2015.

ALSO READ: 3 things we learnt about diversity at the 2016 Oscars

Lorraine Parkin, head of indirect tax APAC at Grant Thornton said: “The global trend of emerging economies outperforming their developed peers when it comes to diversity in business leadership is particularly visible in the APAC region.

“The Philippines, Thailand and Indonesia are among the world’s ten best-performing nations when it comes to the occupation of senior business positions by women. In these nations, a well-established culture of women receiving further education and advocacy of the women in business cause has spurred change.”

She noted that meanwhile, the progress of gender diversity in leadership roles in developed economies is simply not happening fast enough.

“Japan continues to have the world’s lowest proportion of senior women in leadership roles and, despite the introduction of paid maternity leave in Australia five years ago, the proportion of female senior managers in the country has increased very little since then.”

Parkin added: “There is no one size fits all solution to the world’s leadership diversity shortfall but, as outlined in our new report, achieving progress will require the collaboration of companies, governments and women.”

Worldwide, the situation is no better, with the proportion of senior business roles held by women increasing from 22% in 2015 to 24% in 2016 – just 1 percentage point higher than in APAC.

“However, this minor uplift has coincided with an increase in the percentage of firms with no women in senior management, at 33% in 2016 compared to 32% last year,” the report stated.

Globally, the G7 was among the worst performing regions with a mere 22% of senior roles occupied by women and 39% of companies with no women in senior roles.

In the meantime, Eastern Europe reported the highest proportions of senior roles held by women at 35% and only a handful (16%) of firms have no women in senior positions.

“Companies across developed nations have talked the talk on diversity in leadership for long enough. It’s time to put their promises into practice and deliver results,” Parkin added.

“We know that businesses with diverse workforces can outperform their more homogenous peers and are better positioned to adapt to a rapidly changing global business environment.

“Despite considerable efforts by governments and campaigners across the world’s bestdeveloped economies to ensure best practice they continue to lag behind emerging markets in this area. The G7 countries could learn from Eastern Europe, where historic maxims around equality have created social norms in which women in business are not seen as a rarity or unconventional and high-quality childcare is attached to many workplaces.”

Share with your friends:
Tweet
Photos and roundup: Talent Management Asia 2016, Malaysia Case study: Why 9 out of 10 staff are proud to work at SMRT