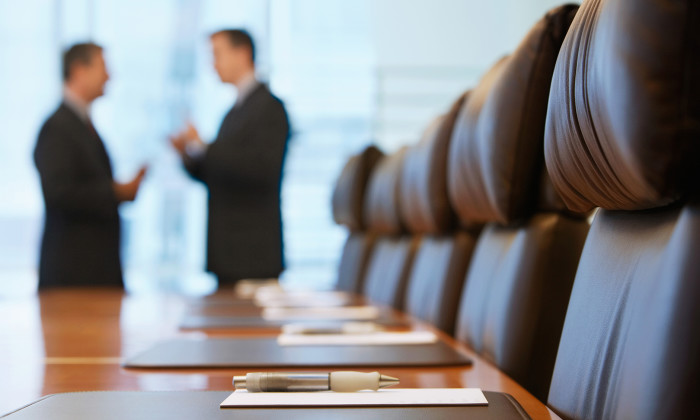 Hong Kong’s workplaces are not short of female staff, but numbers show that few women are in prominent positions in listed companies.

This year about 11.1% of the directors of Hang Seng Index constituent companies were female, up from 9.6% last year, according to a recent survey by non-profit organisation Community Business.

The women on boards: Hang Seng Index 2015 report said although the the needle is moving, a closer examination of the data is not so encouraging.

The rise was propelled by only a handful of companies, and nearly three quarters of firms have made little progress in tackling the gender imbalance issue since 2009, the organisation noted.

“A concerted and multi-pronged effort by different sectors in Hong Kong in recent years has not brought about a faster pace of change, even with momentum globally on this issue,” the report stated.

“Unless the business case is understood and Hong Kong’s business leaders are held accountable for the gender diversity of their boards and take deliberate actions, companies stand to lose in the long run,” she added.

While women’s representation in Hong Kong boardrooms continues to lag that of the US and most European countries, some of the city’s Asian neighbours have caught up in gender diversity.

India where a lack of women’s rights has sparked global concerns, the stock exchange imposed a quota of one female director on the board of every listed firm last year, which would imply currently there are more female board directors in Indian companies than in Hong Kong companies.

Norway and Sweden, which were among the first in the world to introduce quotas, have ratios of women directors above 28%, placing the two nations at the top of the global rankings of boardroom gender diversity.

Whether Hong Kong should introduce a quota system like these countries did is up for debate but the key concern is doing it in the best interests of the company and community rather than blindly chasing numbers.

ALSO READ: Why women in Hong Kong are quitting their jobs

Journalist who loves to find out about human resources, management and leadership