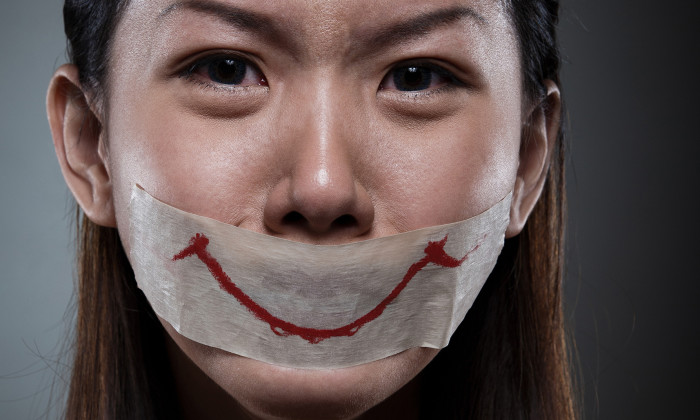 Research has shown that most Hong Kongers are unhappy with their jobs, but employers don’t really have to look into the numbers to come to that conclusion.

Look around the workplace for smiling faces and you won’t be able to find many, as the city is ranked rock bottom in the The Smiling Report 2016 by Mystery Shopper Service Association.

About 2,000 mystery shoppers paid around 40,000 visits to sales and service provider industries in the city last year for to collect data for the survey.

Overall Hong Kong scored 48 in the report, compared to first-placed Ireland’s 100 and the global average of 83.

Workers in the transport sector smile the least, scoring 28. Telecommunications with 71 points has the most smilers.

Hong Kong also ranked last in a tie with Macau in greeting with a score of 53. For value-added service, Hong Kong ranked 18th with 52.

Ireland ranked first in smiling for the second straight year. China (83) was 26th and Macau (53) was second to last.

ALSO READ: Malaysia is the 47th happiest country in the world

Wong said staff do not have a sense of belonging and the turnover rate is high in service industries.

“Hong Kong lacks a happy culture what we have is a complain culture. Less attention is paid to the working atmosphere and the staff’s feelings.” he told The Standard.

Wong said the telecommunications sector has made improvements in the corporate culture, leading to an increase in its score.

He suggested companies improve on their corporate culture and working environment instead of just focusing on sales targets and revenue.

However, Barry Mak, an associate professor at Polytechnic University’s school of hotel and tourism management, advised the public to interpret the ‘smiling index’ with care.

“It’s not fair to draw the conclusion that Hong Kong is terrible because it ranked last in a report,” he told the South China Morning Post.

“Do people in London always smile at you?,” Mak asked, adding it was not surprising that people living in large cities were not fond of smiling. He said an absence of smiling was “a by-product” of life in a metropolis.

Share with your friends:
Tweet
What employers need to know about health and productivity in APAC Q&A with Jesper Petersen, LEGO Group