How apprenticeships can fill the talent gap across Asia

How apprenticeships can fill the talent gap across Asia 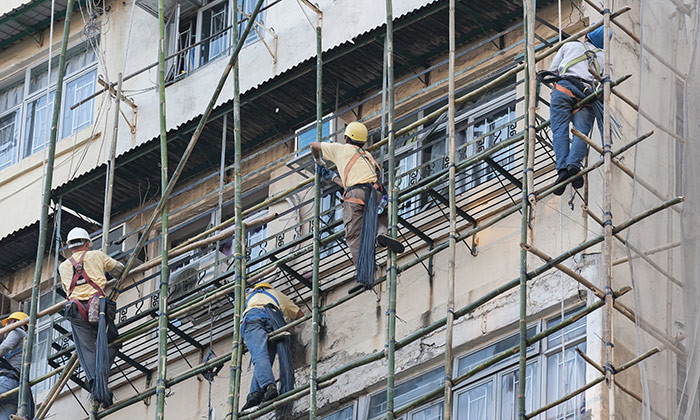 Making tertiary education available for the majority makes a better society but there is also a downside – skills shortage in lower-end jobs.

Developed places like Hong Kong and Singapore have no shortage of degree holders. In fact, the huge number of university graduates has caused their salaries to go down.

Around the world, apprenticeships are increasingly being seen as a solution to the problems of youth unemployment and skills shortages.

Christine Wright, managing director of Hays in Asia thinks it is something for employers to explore.

According to Wright, apprenticeships which traditionally combine classroom learning with on-the-job training and provide career entry points for those who choose not to pursue university education, are being hailed as a solution to the skill-gap crisis.

“For employers, they close the skills deficit and create sustainable skills pipelines,” she explained.

“For job seekers they provide a solid grounding in your chosen profession and equip you with the skills employers need so that you can not only enter but succeed in the increasingly technologically sophisticated world of work.”

“This could usher in a new form of apprenticeship, one where companies train entry-level employees in the skills they need to hit the ground running in their chosen profession and add value to the organisation.”

Taking the construction and property sector as an example, which is seeing a huge gap in workers, Wright pointed out employers have used apprenticeships to bring in entry-level talent and train them in the skills they need.

This is the the eighth consecutive year that the industry has seen pay raises, and the number is much higher than the 4.6% overall pay raise for Hong Kong anticipated by Towers Watson.

Leading the pay increase trend are concrete workers, earning $2300 a day compared to $2000 last year and form-work workers, who saw their daily wage increase from HK$1750 to HK$2050 this year.

Construction workers are making almost four times as much as an average university graduate going by these estimates.

While the construction industry has a rosy outlook, the bigger obstacle is perhaps convincing graduates that they are better off in a construction site rather than an air-conditioned office.

In 2013, an university graduate made headlines because he gave up his dream as a director to be a bar-fixing and bar-bending worker. His motive was simple – why give up $1930 a day for a $10,000 something per month office job?

Stories like this may no longer be in the news as university students in major global job markets have already started to “step down”.

A UK survey in January this year pointed out 60% of university gradates work on jobs that don’t require a degree.

In the US, 37% of the labour market is working on jobs that require only high school qualifications such as roles as tele-marketers and clerks.

ALSO READ: Degrees are still needed, but Singaporeans must “learn in different ways”

Share with your friends:
Tweet
Hong Kong’s DBC lays off 60 of its 200 employees 73% of senior execs believe gender equality can be achieved by 2030