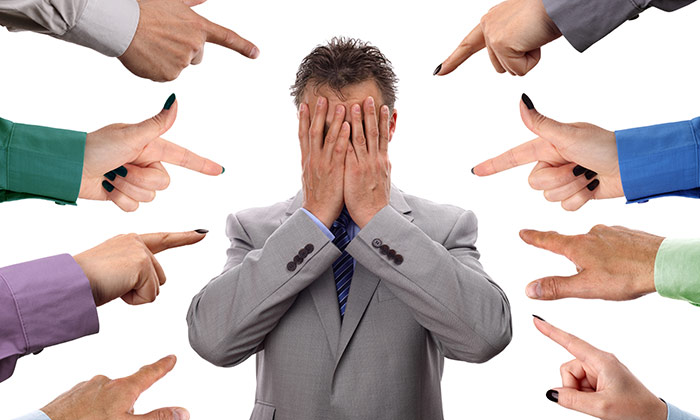 For better or worse, as a leader, you’re always expected to be cool, and react calmly and professionally to any situation.

This becomes tough especially when bosses have to deal with receiving negative feedback from their subordinates.

The reasons for this are clear enough.

As it is, having to accept that you didn’t perform a task well or handle a situation expertly without getting defensive or taking it personally is difficult enough.

But what makes such a situation exceptionally delicate is that these negative comments are from juniors, which makes it even more tempting for leaders to dismiss such feedback as irrelevant, useless or even a sign of staff being ungrateful.

And when leaders give in to such temptations, the end results often lead to damaged relations between bosses and staff, bruised egos and bouts of insecurity.

It was therefore unsurprising when recent research from Rice University cited a variety of problems that annual reviews inherently present, including a fear of providing negative feedback.

Even though the paper stated that it is managers who are legitimately concerned about demotivating employees when they rate employees poorly, the same can be applied to staff who are attempting to provide negative, yet constructive feedback to their bosses.

As a consequence, providing ratings that are clustered at the high end of the rating scale are quite common across organisations.

So what can leaders do to make sure staff aren’t afraid of providing negative reviews to their bosses? And if they do – how can bosses take the sting out of them and use them to their advantage?

Just like how you’d like your employee to ask questions when explaining something to him or her, do the same when they are providing feedback for your performance.

At this point, it is important to dismiss the notion that you know more about the topic/issue/task the employee is talking about simply because you are senior.

Feedback is how the person viewed your ability to perform that task or deal with the situation – and no one knows more about that judgement than that person himself/herself.

When it’s time for you to talk, your response should elicit more explanation. Get to the root of the complaint and try to find out more.

Understand that this situation isn’t easy for your subordinates, and by asking them questions, you are trying to show them you are supportive of what they are doing and are actually taking this exercise seriously.

When you respond with curiosity and compassion, you also learn things about the people that are providing you with the feedback.

Remember, feedback is a two-way street, and as you are hearing what your subordinates like or didn’t like, you are getting to know more about their priorities and style of thinking as well. This will essentially aid you in working with them better.

As social animals, people need to work collaboratively, and feedback helps sustain the flow of our interactions.

Focus on the things that matter

Sure, your employee might have sounded whiny, scared, ungrateful or even inexperienced when delivering criticism to you.

But this shouldn’t mean that you ignore the underlying reason of their complaint and use their form and tone of delivery to dismiss it.

Instead, by viewing feedback as valuable data for self-improvement, you will start to seek it out, and not just endure it – even if it’s delivered in a harsh manner.

In such a case, it is useful to have what is commonly referred to as ‘thick skin’. Leaders who can use criticism to their advantage tend not to take these reviews personally, and almost have a mental shield. They compartmentalise the feedback they get, take what’s useful, and move on

After all, think about what would happen if your staff never gave you feedback: You’d stagnate in your job instead of grow professionally, and you’d be less likely to get better and better at what you do.

Too often, people’s first instinct when hearing critical feedback is to defend themselves – to explain why the criticism they are hearing is wrong or why there were extenuating circumstances or simply to disagree.

However, it’s not helpful to leap straight there, and defend yourself immediately. If you do, you’ll make it harder for yourself to truly hear and process the feedback, and you’re more likely to come across as defensive rather than open to input. Instead, focus at first on just listening.

Worse, you might just discourage your subordinate to give constructive feedback in the future.

Instead, think about the feedback you have received calmly and then decide if it held weight. Giving yourself time to think about things will help in you being more objective about what you have heard and actually use the feedback to your advantage.

Receiving feedback is a gift – be it from a boss or an employee – and only those professionals who unwrap its full potential can truly enjoy the benefits of receiving it.

Do you have any tips on how to deal with receiving negative feedback from staff? Write to me in the comments section below.