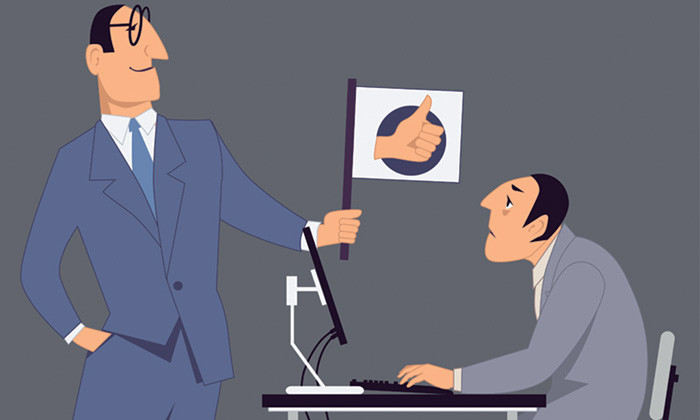 If you want to keep your employees happy, engaged, committed to the company and proud of their work, then you should recognise them more often.

This was according to findings from Globoforce’s WorkHuman® Research Institute’s recent survey.

The survey found that recognising employees can bring about a slew of benefits, which include:

It also found that workers who have been recognised in the past month are 34% more likely to believe their company was a best place to work than those who were not recognised.

ALSO READ: 7 steps to build a culture of employee recognition

Additionally, the survey found that when staff believe that leaders are creating a human workplace, they’re almost trice as likely to feel their company cares about them as a person (89% compared to 31%).

So how should leaders show that they care about a human workplace? Again, recognition is the answer.

Compared to those who have never been recognised, staff who were recognised within the last month are more than two times as likely to believe that their leaders cared about a human workplace (84% recognised vs 40% not recognised).

The survey also found that while your staff might trust their colleagues most, the greatest impact on culture comes from trust in leaders.

While eight in ten workers trust their colleagues, only 65% had trust in their senior leaders.

“Our most recent survey shows the business value of human-focused practices in creating a workplace culture that makes employees feel happier and more committed to staying with a company,” said Eric Mosley, CEO of Globoforce.

“Social recognition tap into the discretionary energy of the workplace, empowering people to deliver the best work of their lives, and enabling companies to operate at their full potential.”

Share with your friends:
Tweet
Only 9.5% of locals feel they’re skilled enough to work Can we change in a changing world?