How to tell if you are a bad boss

How to tell if you are a bad boss 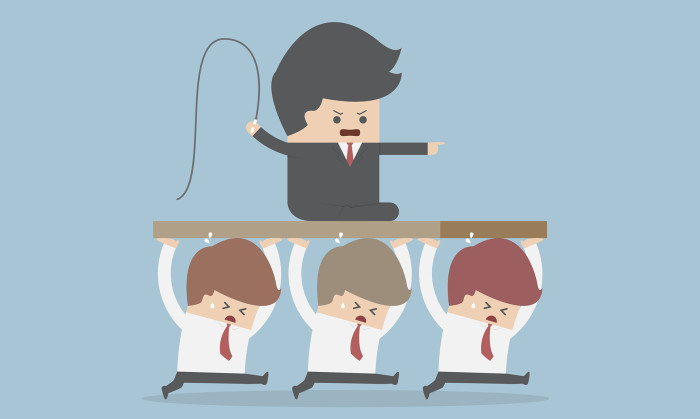 It’s dangerous to work underneath a bad boss, or even being part of a firm which is known to be spearheaded by one.

Not only can bad bosses cause massive resignations, they also cause sufficient damage to their employer brands, and bring down morale of staff in general.

Despite this, nearly 90% of workers today report having had a bad boss, according to a survey by Chicago-based staffing firm LaSalle Network.

In addition, 51% of respondents stated they had quit the company because of the bad boss.

When asked what qualities do, in fact, make up a bad boss, 27% of employees stated a blatant refusal by bosses to take the blame, along with being the first to take credit.

Other undesirable behaviour by bosses included taking notice of only the negatives, not positives (26%), uncaring (18%); doesn’t acknowledge hard work (16%) and is not willing to help workers advance and learn (15%).

Despite nearly everyone having a bad boss 55% of the workers never complain about it.

“Employees don’t speak up because they’re scared,” said Tom Gimbel, CEO of LaSalle Network. “They are worried that if they try going above their boss’s head, they fear they’ll be judged or cut from their role,” he told Time.

ALSO READ: The three types of bosses no employee wants

When trying to get along with a boss who is treating you poorly, the common sense is to suck it up and do your best to try to win him or her back.

Interestingly, however, a recent research published in Journal of Applied Psychology suggested it actually encourages abusive behaviour from the boss,

The survey asked nearly 250 employees in a variety of organisations over a six-month period about their bosses’ behaviour and their own and found that employees who willingly assist bad bosses by working extremely hard,  has no effects on preventing from them being ill-treated.

“Abusive supervisors didn’t respond to followers being positive and compassionate, and doing things to be supportive and helpful,” Charlie Hurst, an assistant professor at Notre Dame’s Mendoza College of Business who was a co-author on the research told The Washington Post.

In the paper, the researchers say one explanation may be that bosses just see all that extra work as part of the job and therefore don’t feel the need to treat their employees any better because of those efforts.

“I think companies have to create cultures where abusive supervisors are not acceptable, and they have to implement policies for employees to report being bullied,” she said.

“For individuals, you’re only going to make your situation worse if you try to retaliate or try to withdraw or hunker down.”

ALSO READ: Don’t want to be a bad boss? Look where you sit.

Share with your friends:
Tweet
In photos: Disruption at TBWAGroup Singapore’s office Is this the biggest reason for not commuting to work?