How your office air might be dampening your productivity

How your office air might be dampening your productivity 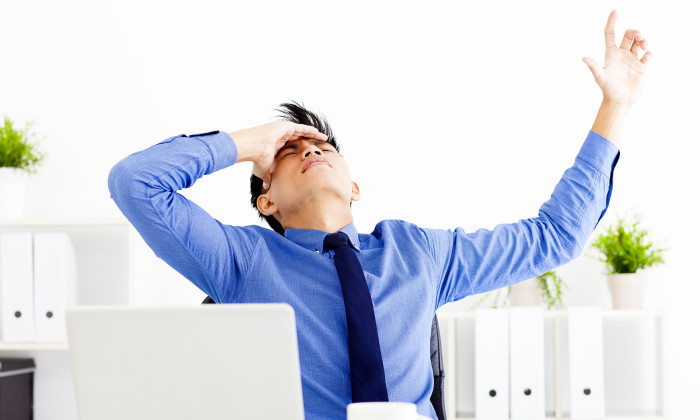 With the haze severely affecting the air quality outside, most of us sitting in our offices are likely to happily think that we are safe from the pollutants outside.

However, is the air in your office that much cleaner than the air outside? And, if it’s not, how will that affect your health and your job?

According to a new study from the Harvard T.H. Chan School of Public Health’s Center for Health and the Global Environment, SUNY Upstate Medical University, and Syracuse University published Environmental Health Reports, “people who work in well-ventilated offices with below-average levels of indoor pollutants and carbon dioxide have significantly higher cognitive functioning scores—in crucial areas such as responding to a crisis or developing strategy—than those who work in offices with typical levels,” stated the press release.

In other words, people working in “green” offices are more productive than those who work in normal offices. Seems like a good idea to bring plants into the office now doesn’t it?

“We have been ignoring the 90%. We spend 90% of our time indoors and 90% of the cost of a building are the occupants, yet indoor environmental quality and its impact on health and productivity are often an afterthought,” said Joseph Allen, assistant professor of exposure assessment science, director of the Healthy Buildings Program at the Harvard Center for Health and the Global Environment, and lead author of the study.

“These results suggest that even modest improvements to indoor environmental quality may have a profound impact on the decision-making performance of workers.”

The researchers looked at the decision-making performance of 24 participants—including architects, designers, programmers, engineers, creative marketing professionals, and managers—who were blinded to test conditions while they  worked in a for 6 full work days (9 a.m. – 5 p.m.) and were exposed to different levels of volatile organic compounds (VOCs), such as those emitted from common materials in offices and carbon dioxide (CO2).

Measuring nine cognitive function domains, researchers found that the largest improvements occurred in the areas of crisis response (97% higher scores in green conditions and 131% higher in green+), strategy (183% and 288% higher) and information usage (172% and 299% higher).

“In addition, when researchers looked at the effect of CO2—not normally thought of as a direct indoor pollutant—they found that, for seven of the nine cognitive functions tested, average scores decreased as CO2 levels increased to levels commonly observed in many indoor environments,” the press release added.

Share with your friends:
Tweet
The top 5 challenges of relocating staff to China Are staff with messy desks more creative?