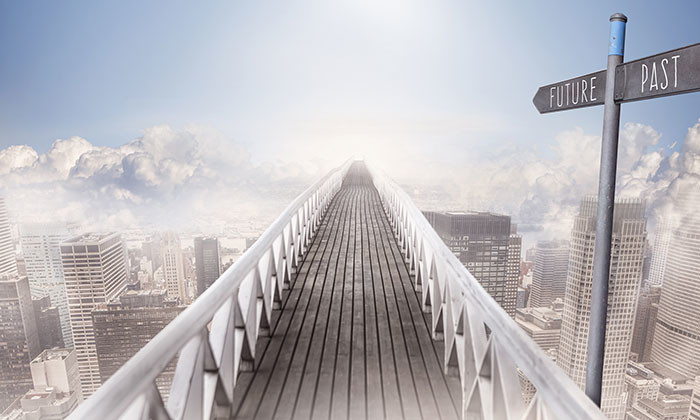 And for the pick of HR job opportunities in Asia, check out HRjobs.

Sophia So moves up the ranks at real estate firm JLL
Tenured at JLL since March 2013 as associate director, HR business partner, integrated facilities management, Sophia So has moved up to the role of local director, HR, integrated facilities management, effective July 2017. She has previously worked at Kimberly-Clark (Hong Kong), Bausch + Lomb, and BNP Paribas Fortis, all based in Hong Kong.

Donald Tong accepts new role as compensation and benefits manager
Having been part of the food and beverages industry with Swire Beverages since August 2015, Dionald Tong has been promoted from assistant manager C&B to manager for C&B, effective July 2017. He remains based in Hong Kong. Previously, he has worked with Lane Crawford as regional HR executive for C&B, and with Hang Seng Bank as assistant HR manager, among other positions.

Florence Li takes up new role at Accedo.tv
Tenured with video experience platform Accedo.tv since July 2016 as HR specialist, global, Florence Li has just taken up a new role as HR generalist for the Asia Pacific region. She continues to be based in Hong Kong, but her remit covers Hong Kong, Japan, Singapore, Malaysia, Australia, and New Zealand. Her previous assignments include roles at Robert Walters and Aiken/McKenzie Lab.

Bloomberg welcomes a new senior recruiter for the APAC region
Effective July 2017, the business information provider has appointed Yin Ying Choy to the role of senior recruiter for Asia Pacific, where she is focused on experienced hiring for Bloomberg’s financial products, news business, and support functions across South East Asia, Japan and Australia. Based in Hong Kong, Choy was previously senior consultant, HR specialist at ALS International. Prior to that, she held roles at Hudson and Michael Page.

Wing Huen Chu is recruiter at Amgen
Based in Hong Kong, Wing Huen Chu has been appointed by biotech firm, Amgen in July 2017. Prior to that, she was working with The Hong Kong Jockey Club as management trainee HR, and completely her summer internship with Mitsui OSK Lines.

Commenting on her core responsibilities to Human Resources, she said: “I am responsible for the global talent acquisition and management process improvement as well as championing direct sourcing approaches.”

Derek Koo gets a talent management position at OKAY.com
Property agency, OKAY.com has appointed Derek Koo as talent manager. He continues to be based in Hong Kong. He has prior HR experience, having worked at Dolce & Gabbana, Lane Crawford, and more; and has played in the national rubgy team as well.

ENGIE appoints Greg Murray as chief human resources officer for Asia Pacific
ENGIE Group, one of the world’s energy leaders, has recruited Greg Murray as CHRO for Asia Pacific, with effect from 1 July 2017. Based in Bangkok, Murray will spearhead talent development strategies in Asia Pacific in line with the Group’s three-year transformation process towards a decentralisation model.

With over 15 years of experience in strategic and commercial HR roles, Murray joined ENGIE Australia as head of HR in 2015. Prior to this, he was in the United Kingdom as the regional head of HR for EDF Energy, and has held similar HR and commercial roles with infrastructure and engineering service-based companies, including Amey Plc (Ferrovial) in the UK and Transfield Services in Australia.

Jason Kwong takes up greater responsibility at Hays
Moving up from the role of team manager to manager at recruitment firm Hays, Jason Kwong has risen up the ranks since first joining Hays as associate consultant in March 2012, when he moved from Canada to Hong Kong. As a specialist within insurance, Kwong looks to provide staffing support to various life insurance, general insurance, reinsurance, and brokerage firms within the region.

As part of her new role, she will bring best practices from Sun Life’s global HR centre of expertise to the Asia business, in areas including performance management, talent review and succession planning, and training and development programmes. When asked about her priorities for the upcoming year, Mannas told Human Resources: “To translate Sun Life’s talent initiatives into a meaningful framework for stakeholders across the region, so that talent discussions and outcomes can be kept alive between leaders and their teams through the year.” Read more

Jennifer Morgan, SAP executive board member and president, Americas and APJ, said: “Scott’s vision and commitment to the customer, together with his impressive technology background and leadership experience, make him the right leader to help write the next chapter of SAP APJ’s growth and innovation story.”

Russell was previously president and MD for SAP Southeast Asia (SEA), while between 2014 and 2016, he was COO for SAP in APJ. Before joining SAP, Scott was a managing consultant at PwC and led the systems integration and application maintenance business for IBM Australia New Zealand.

He commented: “I am honoured to lead the APJ business and to help create long-term value by addressing customers’ current and future needs with our end-to-end industry solutions.”

He succeeds Adaire Fox-Martin, who was president of SAP APJ from February 2014 to April 2017, and was recently promoted to the SAP executive board and together with Jennifer Morgan leads Global Customer Operations. He oversees the SAP business in Europe, Middle East, Africa and Greater China.

Professor Ilian Mihov reappointed as INSEAD dean
Dean of INSEAD since 2013, Professor Ilian Mihov has been renewed for a second term for a second five-year term commencing 1 September 2018. Also the Rausing chaired professor of business and economic transformation, Mihov is the first dean to be based on the school’s Asia campus in Singapore and the second dean of INSEAD to be elected for two consecutive terms.

Andreas Jacobs, chairman of the INSEAD Board, said, “I want to thank Ilian for all he has done for the school thus far, and for having been so inspired by the entire INSEAD community that he welcomed this extension of his service. I am looking forward to working closely with Ilian during his next term as he leads INSEAD into a bold and exciting future.”

Prof. Ilian Mihov added: “At this transformational time in INSEAD’s history, we are all aligned in our efforts to make the school the most impactful business school in the world. Together we can build the business school of the future: a business school that champions business as a force for good.”

Michael Distefano, COO, Korn Ferry, Asia Pacific, commented: “Both our clients and our Indian operations stand to benefit from Rajiv’s deep wisdom and experience; we are thrilled to have him on the Korn Ferry team.”