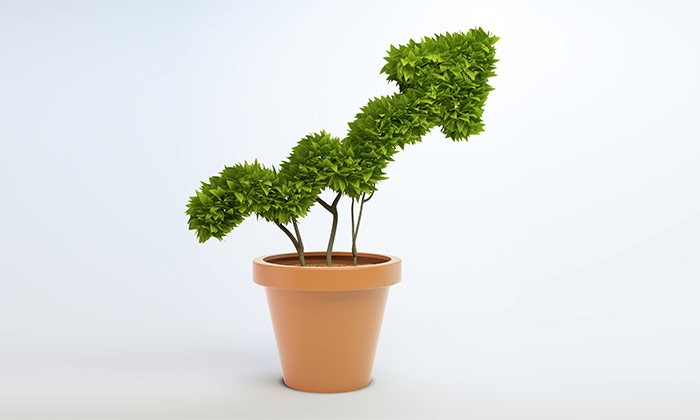 Agnes Goh finds senior HR leadership role at LVMH in Singapore
Luxury goods retailer LVMH welcome new regional HR director for South and Southeast Asia, Agnes Goh, based in Singapore. She was previously the director of executive recruitment for growth markets and Greater China at Philips, and has also worked at Korn/Ferry and Heidrick & Struggles.

Diversified firm Wadi Degla Holding promotes Peter Bahgat
Wadi Degla Holding, with operations in sports facilities, telecommunications, real estate developments and industrial projects, has promoted Bahgat from HR specialist to senior HR specialist, based in Cairo, Egypt. He has been with the company since 2012.

Bahgat spoke to Human Resources: “I am responsible for the new organisational charts and any jobs structural reports or amendments, along with the OD department. Executing a retention plan for those with real competences is a top priority. I also believe that dealing with our colleagues professionally and in a humane-manner must be taken in consideration seriously here in Egypt.”

Judith Ng moves from Dentsu Aegis Network to We Are Social
Marketing and advertising agency We Are Social has appointed Ng as senior HR manager, snapping her from Dentsu Aegis Network, where she was recruitment manager, whilst still based in Singapore. She has 22 years years of experience in both advertising and client management before moving to HR.

McDermott APAC adds Mohamad Faez Azemi to HR team in Malaysia
Effective February 2016, Azemi has moved from Jacobs Engineering Group to engineering and construction firm McDermott Asia Pacific, as part of the HR team, based in Kuala Lumpur. He has previously worked with UEM Group as well as PETRONAS.

Comcast appoints Darren Oliver as vice president for the California region
Also joining the California senior leadership team, Oliver reports to Hank Fore, regional SVP for Comcast California. He replaces Micah Hawk who was promoted to divisional VP of HR in Denver, and he has served five years in the Comcast Oregon/South West Washington Region as the VP of HR.

Ann A Adams succeeds Juan K Cunningham as VP HR at Norfolk Southern
Based in Norfolk, effective April 1, 2016, Adams replaces Cunningham, who retired earlier this year. She will be responsible for all employment planning, development, benefits, compliance, and more. She joined Norfolk Southern in 2001 as HR manager and subsequently served in a number of HR roles.

African Development Bank Group bags David Ssegawa as director of corporate HR
The appointment is effective May 1, 2016, and based in Kenya. Ssegawa joins the Bank from Bharti Airtel Africa where he was CHRO for its operations in 17 African countries. President of the African Development Bank, Dr. Akinwumi Adesina, said: “He (SSegawa) will join our leadership team as we build a world-class work force and drive a new culture of enhanced organisational and staff performance to deliver greater developmental impact all across Africa.”

Delton Li moves up the ranks at Bank of China (Hong Kong)
Tenured with the company since 2011, Li has been promoted several times, and the latest one sees him becoming the head of talent acquisition at personal banking, up from head of recruitment support, where he was credited with reengineering the recruitment processes.

Millicom International Cellular gets Daniel Loria as EVP of HR
Effective April 1, 2016 Loria takes on the HR role at the telecom and media company. Prior to joining Millicom, Daniel was head of HR for Syngenta North America. Mauricio Ramos, group CEO of Millicom said: “His (Loria’s) success in organisational transformation at a global level will be invaluable as we continue to focus on enabling our talented people to innovate and transform our company for the future.” Added Loria: “…I am excited to join Millicom’s global team and apply best cross-sector practices to further strengthen the company’s operations.”

Shilla Travel Retail catalyses the career development of Ginny Then
Having been with the airport retailer since 2014, Then has been promoted from executive HR to assistant manager HR, based in Singapore. She is managing the full spectrum of HR in this role. Her past experience includes stints at Dickson Stores, Cortina Watch and Liang Chew Hardware.

Gopal Kishore exits Knolskape to join GetIT Comms
Having been with gamification and simulation software firm Knolskape for more than one-and-a-half years as experiential learning evangelist based in Bangalore, Kishore has moved on to join B2B technology marketing firm, GetIT Comms.

Sirota welcomes Kimberly Fravil as team leader
A research specialist with 20 years in the industry on the supplier side, Fravil joins Sirota after more than one-and-a-half years with Blackbox Research as research director. She has also previously been the MD of Thailand at ABN Impact, and director of loyalty at Ipsos.

Oliver Liegel cast as director of executive search at Ginkgo Search Partners
Liegel joins the China-based executive search in March 2016, based in Beijing. He was previously the senior consultant for executive search in China at Signium International, and his experience includes tenures at Frank Latzer Group and Kienbaum Executive Consultants.

Melanie Pereira joins Karvy Stock Broking in Mumbai
The financial services provider has engaged Pereira as part of the HR team, bagging her from Ador Welding where she was deputy manager for corporate HR. She has also previously worked with HDFC Bank and Deutsche Bank in non-HR roles.

Share with your friends:
Tweet
The top 10 toughest interview questions of 2016 How L&D drives business at Accenture, DHL and Keysight