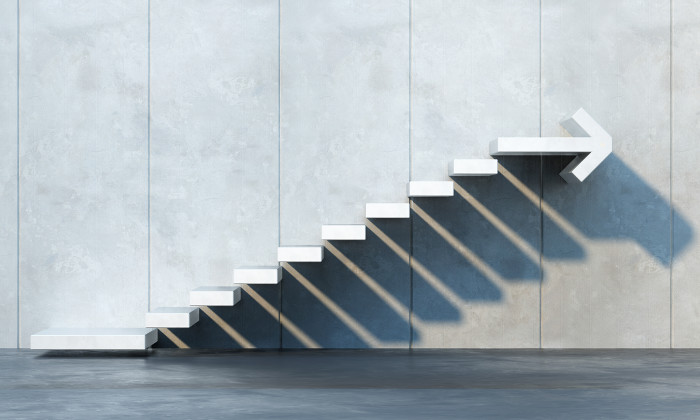 If you’ve been promoted or if you’ve moved to a new company, let us know and we will announce your news here – just email anthonyw@humanresourcesonline.net.

Nurbaiduri Razali was promoted from Assistant vice president, HR Business Partner, to vice president, human resources of the bank with effect in April. Razali has served in the bank since 2011.  In her new role, she will be a dedicated strategic business partner & talent acquisition specialist for UOBM Wholesale Banking.

Linda Ho was promoted from senior human resources officer to assistant manager with effect from April. She earned the promotion after three plus years with the hotel. Her career included stints at Hong Kong Tourism Board, The Ritz-Carlton, Hong Kong and Harbour Grand Kowloon.

Adham Anuar joined Media Prima in April after serving as senior executive, talent development & performance management at Alloy MTD Group. Previously, he has served clients in major local banks, a marine and offshore engineering company. He will continue to be based in Kuala Lumpur.

Tony Reynolds moved from his previous role as head of talent acquisition and workforce planning with the airline to head of employee experience, with effect in April.  In his new role, Reynolds will be responsible for setting direction and overseeing the development of frameworks, initiatives and experiences across the employee life-cycle. His goal is to ensure the Cathay employee experience supports the execution of the airline’s business goals.

Eric Koo will move up to be the director, development, Greater China of InterContinental Hotels Group (IHG) with effect in April.  Koo joined IHG in 2011 as development manager, Greater China. He will continue to be based in Shanghai.

With effect from April , Naresh Prabhakaran will oversee management of PICC, Floria Putrajaya, Nadi Putrajaya & Shangri-La Putrajaya. In his new role as group HR director, he look to manage the implementation of HR operations, processes and procedures for the entire group.

The appointment of Nadia Pan came in effect in January 2016.  Bringing with her more than 20 years of experience in human resources, Pan will head the HR functions at the advertising and marketing firm including talent management, recruitment, performance management and many others.

Following a seven months stint at Coretech as HR global transition lead, Moore is now the head of human resources at Future Cities Catapult.  She is a seasoned HR executive with nearly two decades of experience in the professional and had made stops in Australia and Singapore before relocating to London in 2011.

After finishing his HR internship at Great Eastern Life, Wei has now been hired by Salina Consultants. During his internship he performed cost-benefit analysis for the company’s human resource policies and analysed statistics of insurance agents and evaluated their performance based on HR criteria.

Based in Singapore, Leong comes over from RedMart where he was a recruiter  focusing on regional talent acquisition. He brings with him over 5 years of successful in-house and agency talent acquisition experience specialising in the consumer spacek.

The appointment came into effect in 2016.  In her new role, Wong will be responsible for the full spectrum of human resource functions including manpower planning, recruitment, training and development, compensation and benefits, employee relations and industrial relations.

Wong moved over from Floor Depot where she was the HR & Admin Manager fro more than two years.

Goh was hired as senior HR executive, APAC , after spending two years at Robinson & Co as a HR Executive.  Her new role starts in April.

Ajit Iyer was appointed the position with effect from April.  He was previously the  global lead for the Talent Management function at AbbVie.  He was responsible to evangelize and implement the talent philosophy and the supporting talent management processes across the company.

Simon Ayerbe joined the London branch of the financial institute  in 2010 as a recruiter.  He served in company’s Hong Kong and Melbourne branch before relocating to Singapore.

His promotion came in effect in March and he will continue to be based in Singapore.

Atish Sharma who had been with the company since 2011 was promoted in April to the regional senior manager – talent management & OD, Asia Pacific and Russia at Alcon, a Novartis company.  He was previoudly the manager – talent Management, India & Asia at Alcon.

Sharma has experience in delivering regional talent management projects for Asia/Russia region and is an experienced human resource professional with 10 years of all-round HR experience.

Tse started her recruitment career as a researcher covering a multitude of areas across various industries. She has previously worked for a Fortune 500 company based in Hong Kong and has solid market knowledge of the Greater China and Taiwan region.

Josh Goh joined ManpowerGroup in March 2016, after serving at the  marketing director at APBA Pte Ltd.  He will oversee the marketing and corporate communications function for ManpowerGroup Singapore

Goh is a firm believer of fair employment practices,  and has written and spoken  in support of non-discriminatory hiring practices.

He also won winner  the Supportive Supervisor category at the 2013 Best Companies for Mums award organised by the NTUC Women Development Secretariat and Tripartite Alliance for Fair Employment Practices (Tafep).

Based in Chicago, Goldstein has been with Willis Towers Watson and its predecessor companies since 1996.

In his new role, he will work to build on a history of steady success in meeting the needs of employers and further accelerate the growth of the company’s executive compensation business.

He succeeds Todd Lippincott, who left the company in late 2015 for a senior corporate position.

Previously as a recruitment consultant with Reeracoen Singapore, Lee has a new role as Associate, Business Process Outsourcing with CISCO Singapore, effective from March.

She brings with her experience in full spectrum of staffing for the company clients including human capital management, recruitment & selection, compensation & benefits, candidates relations & welfare and organisational development & change.

In his new role as consultant, Liu will be responsible for industrial sales & marketing recruitment for Robert Walters Shanghai, with a main focus on automation and machinery. His appointment stared in March.

Guruvanich moved up from consultant to senior consultant with effect from April.  He will continue his role with managing a broad range of talent and organization consulting engagements including organization design and performance management for clients in Singapore and Southeast Asia

He is a broad-based organization and talent management professional with 7 years of consulting and project management experiences across Southeast Asia.

After two years as senior executive recruitment consultant in the  technology division at Monroe Consulting Group, Toh Hogan looks to further his career in technology with Red Commerce, a global provider of SAP professionals.

Hogan will move from Kuala Lumpur to London in his new role.

Founded by Thomas Forrest in March, Sylvan is a specialist recruitment business.

Forrest was previously the country manager, Hong Kong at Aspire Global Network.  The company mainly works on roles with a digital focus and provides training program for in-house recruitment teams.

Manpreet Brar was promoted in February from  senior recruitment consultant to team lead.  He will continue to manage head hunting for Manpower Malaysia and be responsible for account management and end to end recruitment.

He brings with him more than four years of experience in recruitment and business development.

Ho joined the legal division of Robert Walters in 2012 and was promoted to her current role in April.  She specialises in legal recruitment for oil & gas, telecommunications, information technology/multimedia, FMCG, pharmaceutical, property industry as well as corporate secretarial roles.

Prior to joining Robert Walters, she has both law firm and in-house working experience throughout her career in both Malaysia and Hong Kong.

He brings with him more than five years of experience in recruiting with previous roles at Resoft Synergy and JAC Recruitment.

After more than 2 years in an operation role at Japanese retailer UNIQLO, Ying has moved on to recuitment firm HrNet One as regional consultant.

Rachel Tan joined  the IT division at Robert Walters in Malaysia in 2013 and was promoted to principal consultant with effect starting in April.

Siong Ham Liew was promoted from associate consultant, he had been with the company since 2011.

In his new role, he will managing a team  responsible for growing the public workshop business as well as managing the internal processes on the market remuneration database updates for Malaysia.

In her new role as recruitment consultant, Kiram will specialises in recruitment and head hunting in the built environment space with special focus on civil and geotechnical engineering.  Her appointment came into effect in March.

She came over from Royale Consultant Management where she is specialised in recruiting executives in IT,  infrastructure/construction, engineering and other commercial industries.

Kiram brings with her more than 10  years experience in with recruitment.

With effect from April Griffiths , director, client services and general manager, Singapore will move onto be the L&D director for  EMEA and APAC.

She has been with Brookfield since 2003 and will continue to based in Singapore.

His promotion came into effect in April.

After a year working as a sourcing specialist at Randstad Sourceright APAC Sourcing Centre in Malaysia, Liau was promoted to the senior role in March.

Coming over from Experis (Manpower Group) as a recruiter Yang looks to develop her career in recruitment.  In her new role as senior consultant she will work in both traditional and burgeoning IT & internet companies.

Her appointment came into effect in April. She is based in Shanghai.

Michelle Rohini GomezGomez spent two yearts as senior Associate, recruitment at Lazada Group before making the move in April.  She will continue to be based in Malaysia.

In her new role, which came into effect in April, she will oversee Adecco’s permanent placement divisions for accounting & finance, human resources & office support and sales & marketing in Hong Kong.

If you’ve been promoted or if you’ve moved to a new company, let us know and we will announce your news here – just email anthonyw@humanresourcesonline.net.