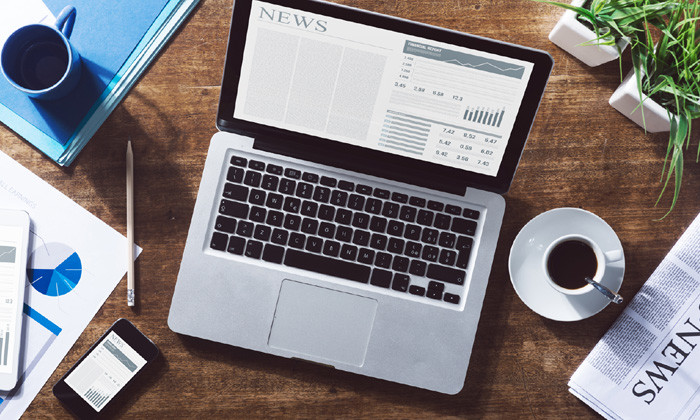 Half of bosses know within the first five minutes of an interview if a candidate is a good fit for a position.

But if you’re not within that 50%, fret not. With the way candidates are behaving today, it probably won’t take long for you to figure out whether or not this is a job seeker from hell.

In a new survey from CareerBuilder, employers shared the most memorable job interview mistakes candidates have made, such as:

When asked to identify the biggest body language mistakes job seekers make, failing to make eye contact was the most popular trait (67%) identified by hiring managers.

A recent survey by the Association of Chartered Certified Accountants (ACCA) found that recognition at work is the highest motivator, regardless of age, industry or location – even outstripping monetary reward.

Having more challenging work and getting a more senior position were the two second highest motivators, followed by job security, earning more and lastly, contributing to the public good.

Harnessing the views of almost 2,000 professionals globally, recognition was found to be particularly important in academia and education, with 90% of those in the field asking for it.

Also in the research, half of the respondents conceded that performance-related pay schemes could help foster best performance.

However, up to 70% of respondents in East Asia, the Pacific and Africa agreed or strongly agreed that people may exaggerate or otherwise falsify their performance measures to meet their targets.

Additionally, there were calls for upper management to send the right signals by behaving ethically themselves, thereby reinforcing the idea of ‘walking the talk’ and not allowing double standards to persist.

HR professionals, not only do your firm’s employees don’t know who you are, they don’t think you’re doing a great job.

According to a recent survey by YouGov, HR departments are consistently rated as “not very useful” by the majority (27%) of staff.

The survey identified eight areas in which employees thought their HR departments were not being useful.

To make things worse, the survey added it is not uncommon that employees don’t really know what their HR department does.

More than half (58%) of the 1,150 employees polled thought the HR department is mainly responsible for grievances. This was closely followed by recruitment (57%), compliance with employment law (57%), contracts (54%) and disciplinaries (54%) rounding up the top five.

Why your Millennials are leaving you

According to Deloitte Touche Tohmatsu’s (Deloitte) fifth annual Millennial Survey, employers can expect that only about a third of the Millennial employees they have now will still be in their organisations by 2020.

This percentage is higher in markets such as Singapore, Malaysia, Thailand and Philippines (69%) and only slightly lower in countries such as Australia, UK and US (61%).

Why are so many Millennials planning to leave? A majority (71%) of those likely to leave in the next two years (19%) are unhappy with how their leadership skills are being developed – 17 percentage points higher than those planning to stay beyond 2020.

The survey found that the loyal employees are more likely to  agree with phrases such as “there is a lot of support/training available to those wishing to take on leadership roles” (68% vs 52% of those planning to leave).

On the flip side, the less loyal ones are more likely to agree with phrases like “I’m being overlooked for potential leadership positions” (57% vs 42% of those planning to stay).

Stress is unavoidable, no matter your line of work. In fact, the career found to be the least stressful in CareerCast’s new report is a perfect example.

Information security analyst, found to be 2016’s least stressful, was at the centre of some of the most stressful situations in the workplace in 2015, thanks to the security breach at Sony Pictures Studios.

What occurred in that instance was an anomaly, however, says the report, which was generated on the basis of 11 stress driving factors, such as the amount of travel, deadlines, or working in the public eye. Each job was given a stress score, corroborated with median annual income and growth outlook data pulled from the U.S. Bureau of Labor Statistics.

5 million jobs are expected to be terminated by 2020

If you hate working in the office and administrative sector, it might be time to stop taking things for granted. That industry is the most likely to see a termination of jobs by 2020, according to a new report from the World Economic Forum (WEF).

The report is based on a survey of CHROs and top strategy executives across nine industries, covering 15 of the world’s largest economies.

It highlighted that developments in fields such as artificial intelligence and machine-learning, robotics, nanotechnology, 3-D printing, and genetics and biotechnology, will cause widespread disruption to labour markets over the next five years.

As many as 7.1 million jobs could be lost through redundancy, automation or disintermediation, with the greatest losses in white-collar office and administrative roles.

“This loss is predicted to be partially offset by the creation of 2.1 million new jobs, mainly in more specialised ‘job families’, such as computer and mathematical or architecture and engineering,” ,” WEF stated.

“To increase the retention of women following childbirth or adoption, the Maersk Group is from 4 April 2016 implementing a new maternity policy that improves benefits during and after maternity leave for employees globally,” it stated.

The new policy includes a phased reintegration to work for all onshore employees and a global guaranteed minimum of 18 weeks maternity leave on full pay for all employees, subject to local workforce regulations.

The new policy will improve terms for women working for Maersk in at least 51 countries out of the 130 in which the Group operates compared to the statutory minimum.

The new policy also includes a Return To Work programme which gives onshore employees the opportunity to work 20% less hours at full contractual pay within the first year of childbirth or adoption for up to six months after returning to work.

The phased return will enable women to have a smoother transition back to work and contribute to increased employee retention.

This year, many people will be closely following the mantra, “New year, new job.”

A new report by CareerBuilder found 21% of employees are pledging to leave their current employers in 2016.

To keep their resolution, 34% of employees are regularly searching for job opportunities, even though they’re currently employed — a four point increase since last year (30%).

Aside from finding a new job, the top New Year’s resolutions that workers say they’re making for the office this year are:

Share with your friends:
Tweet
Lack of career progression driving Hong Kongers to quit Median income of Singaporean employees pegged at S$3,250 in 2015