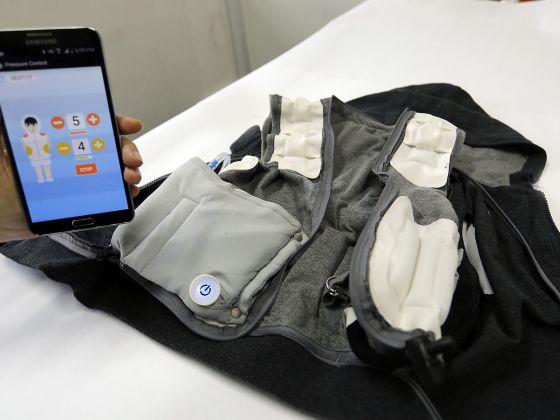 They are now part of consumers’ lifestyles, but wearables may play a bigger role in the workplace and even help dementia patients or children with special needs.

Singapore Power (SP) recently concluded a four-month trial, during which field employees used wearables in their work to boost productivity.

This allowed, for instance, a supervisor to keep an eye on 10 engineers at locations such as power substations of HDB blocks. Through the wearables, which are worn like glasses, the supervisor was able to see exactly what the engineers were seeing.

The company chose to utilise wearables, so its field staff could perform tasks hands-free via an interface activated by hand gestures, touch and voice commands.

Instant video conferences could also be held with supervisors, said an SP spokesman. He added that if the trial, which ended late last month, was successful, “wearable technology has the potential to be a game-changer in the way our 2,000 field crew conduct their work”.

In April, enterprise-development agency SPRING Singapore launched a programme in collaboration with Intel to provide business and technology support to nine firms in the wearables sector.

One of them is Singapore start-up T.Ware, which has tied up with special-needs schools such as those run by the Movement for the Intellectually Disabled of Singapore. Its product, the T. Jacket, simulates a hug by applying deep pressure on one’s body and may help calm children with autism.

T.Ware has developed its cloud service to store data such as the level of pressure used (five levels are available), when and how many times the jacket is used, said chief executive James Teh.

The jacket also has motion sensors that can collect data on a child’s movements and predict when he is on the verge of being hyperactive. “It is good for therapists and teachers, who are able to analyse the data and deduce if the jacket helps a particular kid and by how much. They (may) want to analyse the kid for perhaps a month and see if (the jacket) needs to be put on during certain activities,” said Mr Teh. He anticipated that the jacket could eventually be used on other groups of people, such as those with clinical depression and office workers who are stressed.

The company is conducting a trial with the United States’ Veterans Affairs Department on war veterans with post-traumatic stress disorder, and may equip the jacket with sensors that detect heart rate.

Another firm under the SPRING Singapore programme is Nextan, which develops solutions for Internet of Things devices. It is working on a device the size of a matchbox that can be worn around the neck to track the location and activities of dementia patients, among other things.

Managing director Sean Tan said the company is looking to conduct trials this year. “(The device) tracks not just your location, but also how active you are, whether you are sleeping or running, and can also be used to communicate with caregivers. Data collected is transmitted over the cloud. We then pass the data to their loved ones,” he said.