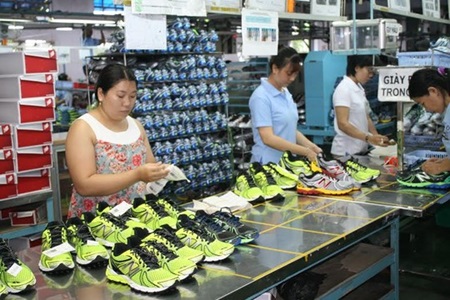 New policies on compulsory social insurance, region-based minimum wages and multidimensional poverty standards are among those that will take effect in January 2016.

The revised Law on Social Insurance, which came into force on January 1, adds three more groups of people to the list of those covered by compulsory social insurance. They are persons working under labour contracts of a definite term of one month to under three months, part-time communal cadres and foreigners working in Viet Nam under work permits, practice certificates or licences issued by competent Vietnamese authorities.

Decree No 115/2015/ND-CP of the government guides the implementation of some articles of the law by defining a maternity regime for female employees as surrogate mothers, as well as for pension, survivorship allowance and a social insurance fund.

The law stipulates that employers will provide employees with information about the payment of social insurance premiums once every six months.

Another noteworthy point is the provision on the monthly wage level used for calculation of social insurance contribution. Accordingly, from January 1, 2016, till the end of 2017, an employee’s wage level on which his social insurance contribution is based will include wage and wage subsidies stated in the labour contract. From January 1, 2018 onward, it will cover wages, wage subsidies and other additional amounts as stated in the labour contract. This means social insurance beneficiaries will have to pay slightly higher premiums, but will receive much more benefits in return.

In addition, the region-based minimum wages for employees working in enterprises, co-operative unions, co-operatives and farms, besides households, individuals and organisations under labour contracts will increase from VND2.4 million to VND3.5 million (US$108-$158) per month from January 1, 2016, under Decree No 122/2015/ND-CP.

Another regulation that comes into effect on January 1 is on preferential benefits for teachers. Decree No. 113/2015/ND-CP of the government prescribes special allowances, preferential and responsibility allowances and heavy, hazardous or dangerous job-based allowances for teachers at public vocational training institutions.

The Law on Household Registration, which comes into effect on January 1, will simplify household registration procedures. It stipulates that each individual has the right to choose where to register his household and to request for household registration in a manner that is most convenient for him. All regulations on submission of required papers for registration of births, marriages and deaths are detailed in Decree No 123/2015/ND-CP.

Decree No 124/2015/ND-CP, which takes effect on January 5, 2016, will modify and supplement a number of articles in Decree No 185/2013/ND-CP, dated November 15, 2013, that deal with administration fines for violations in production and trading of counterfeit and banned goods.

It includes an amendment on multi-level trading violations. According to the decree, a fine of VND30 million to VND50 million (US$1,355-$2,258) will be imposed on enterprises that engage in multi-level trading without registering their business with authorised agencies. The fine could be double for those who make violations in two or more provinces or cities.

Decision No 59/2015/QD-TTg, dated November 19, 2015, on multidimensional approach to poverty for the 2016-20 period will take effect from January 5, 2016. The decision aims to fix the shortcomings of the income-based poverty measures as urbanisation and rapid migration have created a large section of people that has low income, cannot access basic social services and is at risk of falling into poverty.