Is it a good idea to be friends with your staff?

Is it a good idea to be friends with your staff? 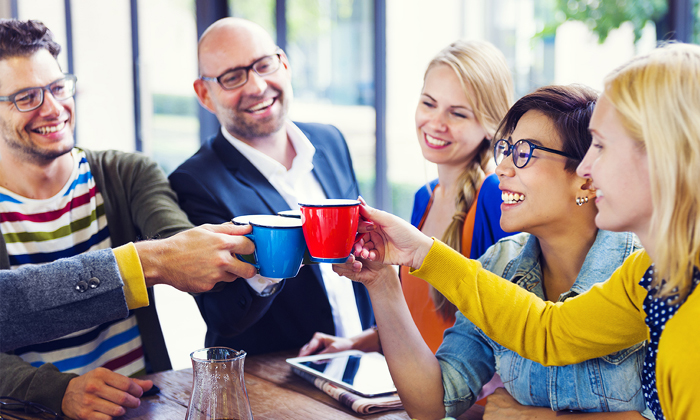 Maintaining good relationships with your staff is key to boosting their retention rate, especially in Singapore – but how would you define the boundaries of such a relationship?

Surveying 2,019 adults in total, the survey found American workers who have a boss are split on whether they consider him or her a friend — 49% said yes, while 51% said no.

And, while 82% of employees who have a boss report socialising with him or her during work hours or at work-related events, they are not on a bestie-basis just yet.

In fact, fewer than half of these workers (46%) ever hang out with their boss outside of the office, and 41% stated they consider their relationship exclusively professional.

Despite not desiring a closer friendship with their boss, employees do see possible upsides from maintaining a more personal relationship.

ALSO READ: Why you should tell staff how you really feel about them

Three in five workers (60%) stated they believe to a great or fair amount that employees who are friends with their boss receive special treatment in the workplace compared to those who choose to keep greater distance.

In particular, employees believe that bosses offer close colleagues a range of benefits, including more frequent personal interaction or attention (56%) and schedule flexibility (52%), among others, than they offer their coworkers.

“Given the focus on engagement and retention in the workplace, bosses should help establish a middle ground where employees feel they can approach them to discuss both personal and workplace matters, but where there also are clear boundaries so that time spent at work is devoted primarily to professional conversations and tasks.”

Among all employees with a boss, 18% stated they are connected with him or her on their personal social media channels; this total nearly doubles (31%) for employees who report being friends with their boss.

The report added that men are more likely than women to consider their boss a friend (53% and 45%, respectively).

Nearly one in five (18%) of men between the ages of 18 and 34 also described their relationship with their boss as equally professional and personal, compared with 12% of women in this age group.

Share with your friends:
Tweet
Who are Asia’s champion recruiters? Young workers are clocking in more working hours than older staff