Is your company making your employees fat?

Is your company making your employees fat? 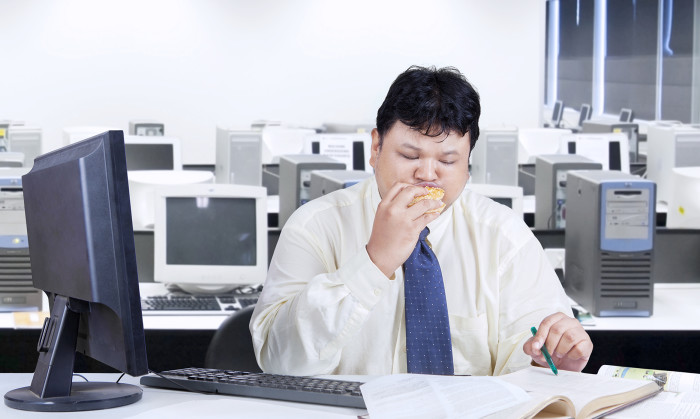 Looks like there might be another reason why professionals working in different industries, such as in HR, are getting fat.

US based study by Salk Institute in California found that the non-stop working culture causes people to snack around the clock.

It also found evidence that these eating patterns are contributing to an epidemic of obesity and Type 2 diabetes.

The study published in the journal Cell Metabolism, detailed the consumption patterns of more than 150 non-dieting, non-shift-working people in San Diego for three weeks.

Researchers found that a majority of people eat more than the regular three meals.

On top of breakfast, lunch and dinner, the people in the study snacked during mid-afternoon and  continued eating and drinking all the way to bedtime.

The study highlighted respondents ate for stretches of 15 hours or longer during most days and fast for fewer than nine hours a night.

Fewer than 10% of participants went for more than 12 hours without eating, and the 10% who ate most frequently averaged 15.5 bits of food per day.

ALSO READ: Will you hire an overweight worker?

The Salk researchers suggested that a nightly fast of 10 to 12 hours might help and ‘reset’ a body clock which has been disturbed by the  24/7 work culture which inhibits our body’s ability to burn off extra calories.

Researchers tested the theory out on eight of the study’s participants, all of whom were obese and had a eat all day habit, eating up to 14 hours a day.

Participants were told to limit their consumption of anything with more than five calories to a 10- to 12-hour spans each day, then to fast for the remaining 12 to 14 hours.  16 weeks later, the eight participants lost an average of nearly seven pounds.

It also boosted their energy, lessened the amount of food that they wanted to eat at night and helped them to sleep.

Researchers are still determining whether such weight loss was purely a function of reduced calorie consumption, or whether there were metabolic benefits that aided weight reduction.

Some of the more advanced employers like the big name technology firms, financial institutions and law firms are offering unlimited food in their office as part of benefits but they might actually be putting the health of employees as risk.