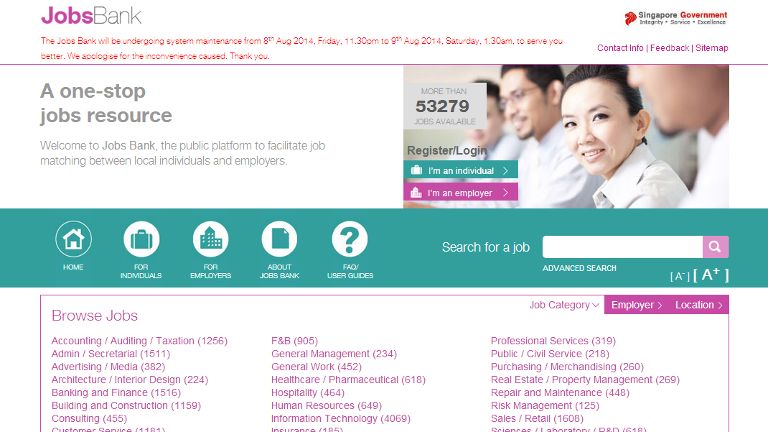 The Jobs Bank portal has featured an average of 68,000 job vacancies a week since it was launched in July 2014, said Manpower Minister Lim Swee Say in a written response to a parliamentary question on Monday (Aug 17).

Of these, about 50,000 jobs are at the level of professionals, managers, executives, technicians and associate professionals, Mr Lim said. Under the Fair Considerations Framework (FCF) introduced on Aug 1, employers are required to advertise their job vacancies on the Jobs Bank for at least 14 days before they can submit applications for Employment Passes (EP), he added.

On average, 800 EP applications were received per week following their job advertisement, of which about one-third were submitted within one week of the end of the 14-day mandatory advertising period, he said.

The minister also highlighted that the MOM has taken action to scrutinise more closely firms that repeatedly submit EP applications soon after the end of the minimum 14-day advertising period.

Mr Lim reiterated that FCF is part of a broader effort to improve employment outcomes of Singaporean PMEs, which have “remained healthy”. He said the unemployment among Singaporean PMEs remained low at 2.7 per cent in 2014, and real median wages grew at 3.8 per cent per annum in the last five years.

“We are committed to further strengthening employment support for our Singaporean PMEs and strive for a stronger Singaporean core in every major sector of the economy,” he said.