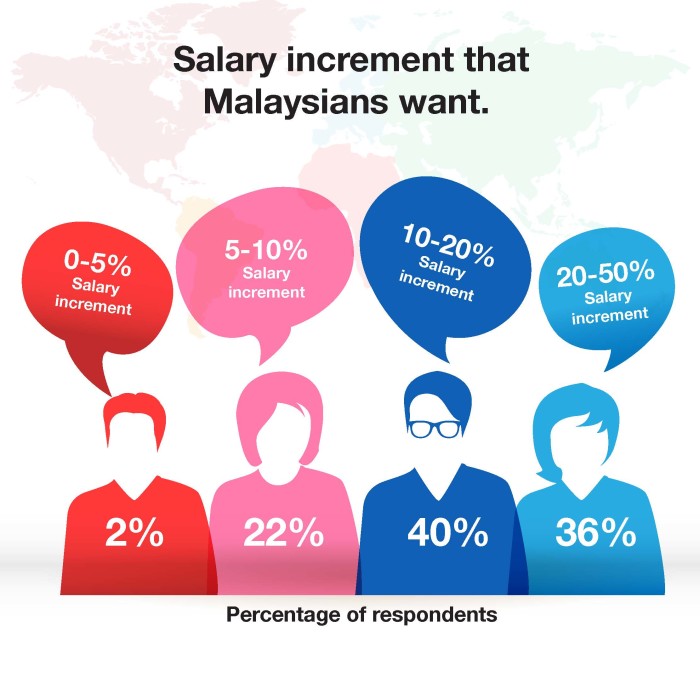 If you want to retain your staff in Malaysia, consider giving them a pay raise.

According to a recent survey conducted by JobStreet.com, 98% of 1454 employees surveyed expressed the need for a pay increase of 5% to 50%.

90% of the local employees have disclosed that they are unable to cope with their daily expenses.

In fact, 24% of them have already had expenses problems even before GST came into effect.

The survey also found that of the 490 employers polled, 41% of them have encountered increasing demands in staff wages since the GST implementation.

However, only 19% of them have offered increments.

ALSO READ:
Employees fear they will run out of money in retirement
This is how much money staff need to feel successful

“The weight of GST has prompted significant changes in the daily routine of these survey respondents. More than half of them at 56%, said they have minimized having lunch with their colleagues, while 47% of them started packing food from home.  Some have also resorted to other frugal activities, such as utilizing the pantries more frequently and carpooling to control their expenses.”

Additionally, 63% of respondents divulged the need for a petrol allowance in order to aid in the mitigation of the pinch of the new imposed tax.

Some 35% of respondents are also considering a change in jobs while another 33% are looking into alternatives such as part-time or freelance jobs to help alleviate their financial burdens.