Managers, this is what your newcomers expect from you on day one

Managers, this is what your newcomers expect from you on day one 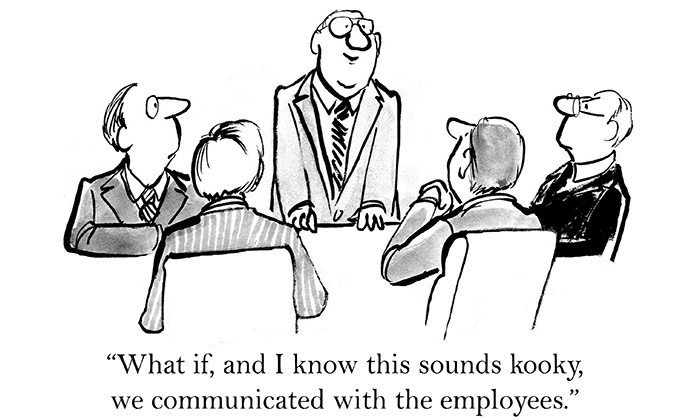 While many managers believe the best way for newcomers to learn is on-the-job, or that newcomers would prefer informal or experiential learning, that might not be the case.

Especially so if the newcomer is in their first job after graduating.

According to a new study, the informality of their initial learning experiences left them feeling as though they were missing critical information and wasting time in the early stages of their employment.

In fact, it found they actually prefer and expect managers to provide explicit, formal orientation and training – designed to teach them how to do their jobs, provide background information, and explain what is expected of them.

The study also found the amount of guidance newcomers preferred depended a lot on the individual.

Those who like a more hands-off approach revealed they liked the freedom they had over their weekly assignments and schedule. These newcomers typically felt trusted and respected by their managers.

On the other hand, those who disliked the hands-off approach stated they were expecting “continuous, slow guidance”.

The researchers found that this kind of guidance could be easily provided by assigning the newcomer to a senior member of the group for mentoring.

“Newcomers who had mentors believed that the guidance they received was sufficient, and one newcomer even described his mentor as ‘more my manager than my legitimate manager.’ However, newcomers typically did not see their mentor as a replacement for their manager,” the study wrote.

On the same note, new staff typically expect to have an opportunity to develop a close working relationship with a senior coworker as well as receive help from them.

One huge benefit the study found about mentoring is that it can help new employees understand their coworkers’ expectations of them, the idiosyncrasies of the work and the group, as well as the nuances of the informal organisation and social norms of their and other teams.

Additionally, the study found that managers expect newcomers to take initiative in asking for more experiences and sharing feedback with their managers about what they like or dislike about the job.

At the same time, they would prefer it if their new employees asked questions about things they didn’t understand instead of wasting time trying to solve a problem on their own.

However, newcomers would prefer managers to “not be bothered” and would rather ask their coworkers for help.

The study noted, “while this approach worked well in many instances, it broke down whenever a newcomer had an issue requiring their manager’s assistance, for example, getting invited to an important meeting.”

It found that newcomers tend to not speak up when they need more work to do or when they dislike the work they have been assigned in fear of offending their manager and jeopardising the relationship.

READ MORE: Ideas from the best onboarding experiences in Malaysia

Here are 6 helpful tips from the study to improve onboarding: