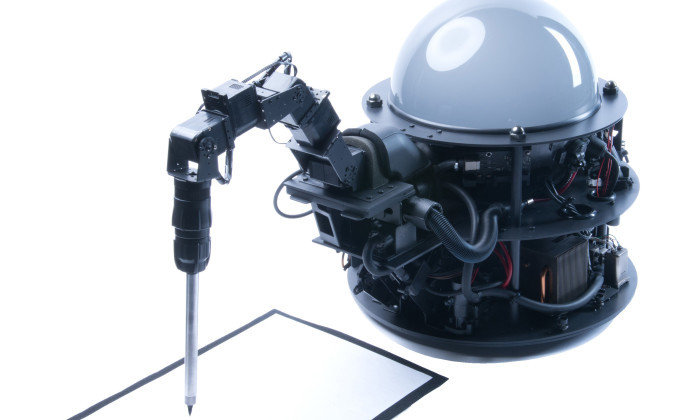 Robots taking over the workplace has become reality.

Named AI-CD β, the AI bot was developed through the “Creative Genome Project”, one of the first projects undertaken by McCANN MILLENNIALS, an innovative task force that was launched last September by members of the agency’s millennial generation.

Effective on 1 April, AI-CD β will be assigned as a creative director to client accounts and will provide creative direction for commercials as per creative briefs.

Until now, the production of commercials has been dependent on the intangible experience and know-how of human creators.

While artificial intelligence is taking over some of the work done by human, reporting to a robot boss instead of a human boss is something that is not unacceptable as most would have imagined.

One in three employees ARE open to the idea of working with a robot boss, according to a survey of more than 2000 people by Vancouver-based consulting firm Intensions.

ALSO READ: Meet Amelia, the employee of the future

AI-CD β is artificial intelligence that is able to give creative direction for commercials.

To develop the A.I., the MILLENNIALS team deconstructed, analysed and tagged a wide range of TV commercials, including the winners of the All Japan Radio & Television Commercial Confederation’s annual CM Festival (ACC CM Festival) awards for the past 10 years. The A.I. is designed to mine the Festival’s database and creatively direct the optimal commercial for any given product or message.

With the AI-CD β, it will become possible to provide clients with work produced through logic-based creative direction grounded on past TV commercial data.

Shun Matsuzaka, creative planner at McCann Japan and the founder of McCANN MILLENNIALS, said: “Our team didn’t have a creative director, so we thought, why not create one ourselves with artificial intelligence? That’s how the Creative Genome Project got started.

Share with your friends:
Tweet
Rolex tops ranking as the world’s most reputable company The challenge for CHROs: Adding dollar value