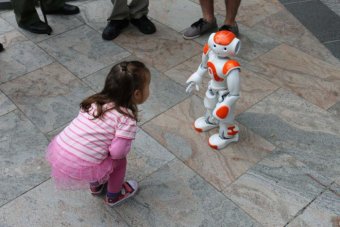 Sixty per cent of Australian students are training for jobs that will not exist in the future or will be transformed by automation, according to a new report by the Foundation for Young Australians.

The not-for-profit group, which works with young Australians to create social change, says the national curriculum is stuck in the past and digital literacy, in particular, needs to be boosted.

Foundation chief executive Jan Owen says young people are not prepared for a working life that could include five career changes and an average of 17 different jobs.

She says today’s students will be affected by three key economic drivers: automation, globalisation and collaboration.

“Many jobs and careers are disappearing because of automation,” Ms Owen said.

“The second driver is globalisation – a lot of different jobs that we’re importing and exporting.

“And then thirdly collaboration which is all about this new sharing economy.”

After early career ambitions which included being a lawyer “like Ally McBeal”, a pathologist and and a pharmacist, Jillian Kenny is now the co-founder of a program that inspires young women to take up engineering.

She says an alarming amount of university and TAFE students are studying in the wrong areas.

“Nearly 60 per cent [of students] at university and nearly 70 per cent at TAFE were studying jobs that will be automated,” Ms Kenny said.

The Foundation’s Ms Owen said students should be gearing themselves towards jobs that will open up in the future, including in the health care and aged care sectors.

She said job opportunities in the digital economy and the green economy would also continue to evolve.

“The point is that young people need to be prepared for those jobs, with 50 per cent needing digital capability.”

She is also calling for Australia to adopt a national enterprise learning strategy.

“This is a conversation that everyone needs to have,” she said.

Share with your friends:
Tweet
MAS flout rights of personnel, former workers, says union Foreign worker issue: Whatever the choice we make, there is a price to pay