One in 10 Hong Kongers have abused their sick leave

One in 10 Hong Kongers have abused their sick leave 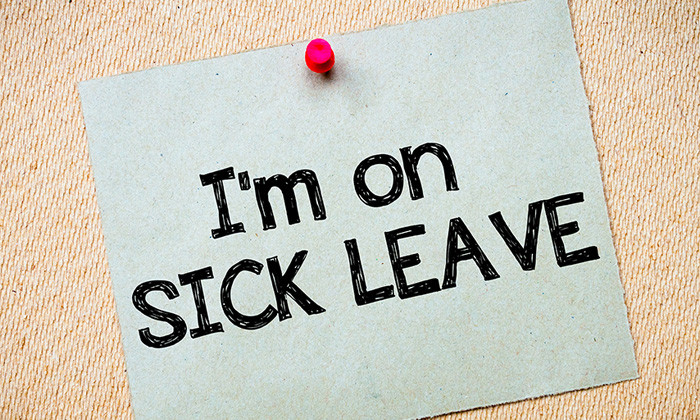 While almost 90% of local staff have said they have gone to work when sick, 12% also admitted having abused their sick leave privileges, says the AIA SME Group Medical Protection Survey 2015.

The survey which covered 1,004 people aged between 18 and 59, half of them are employers or management and the other half are employees.

The most common reasons for malingering are family issues (8%), a follow-up job interview (2%), a birthday (2%) and late for work due to traffic (1%).

Numbers revealed that staff without group medical benefits are almost twice as likely to malinger compared to employees with such benefits.

However more than 40% of employers worry about the possibility of sick leave abuse with the provision of group insurance protection.

ALSO READ: The most expensive countries for health insurance for expats

All numbers suggested that providing group medical benefits plays a role keeping productivity and in retention.

“Facing an increasingly difficult business environment, retaining and recruiting talents are among the top concerns of many employers,” said Jacky Chan, chief executive officer of AIA Hong Kong and Macau in a press release.

“This survey reveals that more than 90% of employers recognise the importance of group medical benefits in boosting the sense of belonging of employees, but there is a gap between employer perspective and employee expectations.”

More than half (56%) of interviewed employers or management said they provide group medical benefits to their employees.

Over the last financial year, employers also spent an average of HK$1,450 per month on employee benefits for each staff member. They stated they are willing to pay HK$350 in monthly premiums for medical insurance for each employee.

Despite this,  only half (51%) of surveyed employees are satisfied with their employer’s existing benefit offerings.

Critical illness (60%) ranked as the top most desired benefit among employees, followed by outpatient (53%) and dental care (48%).  However only 1% of SMEs provided group critical illness protection.

The survey also found that 82% of employees have taken sick leave in the past 12 months, with a vast majority 75% taking five days or less and only 8% taking six days or more.

On an average, employees take 3.3 days of sick leave every year.

Almost nine out of 10 (87%) employees admitted to having worked while sick in the past 12 months, of which 39% said they were required to work on many occasions of illness.