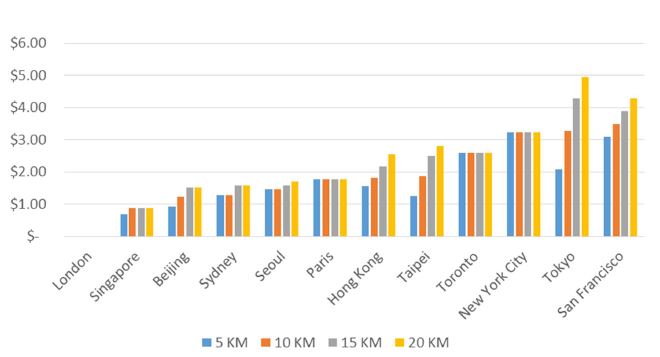 Upon conclusion of the Public Transport Council’s (PTC) annual transport fare review exercise, it was announced that the maximum allowable adjustment quantum of 4.3% will be implemented for bus and train fares in Singapore starting from 29 December 2018.

Adults using travel cards will experience an increase of six cents per journey, whereas single trip tickets for trains and adult cash fares for buses will rise by 10 cents, respectively.

As for students and senior citizens, card fare increases will be capped at one cent, and the cash fares for these two commuter groups when they travel by bus remains the same. The prices of monthly concession passes for students, senior citizens, full-time national servicemen and adults also remain constant.

The PTC said that the fare hike is necessary due to rising costs. Singapore’s two biggest public transport operators, SMRT and SBS Transit, reported significant losses, according to PTC.

“These cost pressures have also been faced by other cities, which have had to raise fares to keep pace with the operating cost pressures,” the council said.

This announcement comes a week after a study found that Singapore ranked second in terms of fare affordability. The study was conducted by Nanyang Business School professors from Nanyang Technological University (NTU) to benchmark Singapore’s public transport fares against 11 other major cities.

The survey found that Singapore is one of the few major cities with a fully integrated fare structure, where commuters are not charged additional boarding fees when making transfers. In addition, Singapore’s concessionary bus and train fares for students and seniors, adjusted to account for differences in purchasing power, were among the lowest in the study.

In terms of concessionary fares, Singapore’s senior citizen fares were lower compared to its counterparts. Seniors at age 60 pay adult fares on train and bus in all other cities except Singapore, London and Sydney. A recap of the transport changes that will soon be implemented in Singapore: