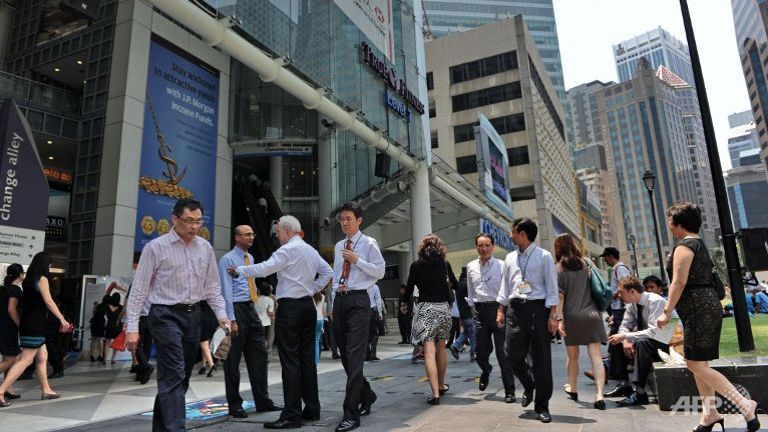 Amid a softer economy, unemployment edged up in Singapore and overall employment grew by the slowest in six years, the Ministry of Manpower said on Tuesday (Dec 15).

Unemployment rose to 3.1 per cent for Singapore citizens and 3 per cent for residents in September, according to the latest Labour Market Report from the ministry. Overall unemployment remained at 2 per cent.

The number of job vacancies declined, with seasonally-adjusted vacancies down 11 per cent to 55,600 in September. This translates to a ratio of 116 openings per 100 job seekers, down from a ratio of 121 in June.

Share with your friends:
Tweet
Blame the poor air quality in your office for bad decision making Bosses may be jailed if expats submit forged documents in Malaysia