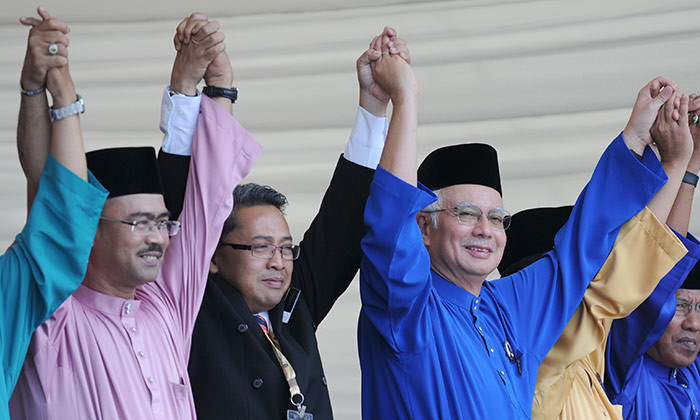 Prime Minister Datuk Seri Najib Tun Razak announced Malaysia’s 2016 Budget on Friday, highlighting how the government plans to address rising cost of living, and develop its local and foreign manpower, among other issues.

In his speech, the PM announced five major priorities the government will be focusing on in order to “achieve an inclusive and sustainable growth as well as build a competitive, progressive and a morally strong nation, with a society that is united”.

Titled “easing cost of living of the rakyat”, the Budget’s fifth priority involved alterations to the minimum wage policy and in taxation of high-income earners.

“In essence, for this government, the rakyat is everything. In this regard, I would like to announce effective from 1 July 2016, the national minimum wage will be increased from RM900 to RM1,000 per month for peninsula Malaysia and from RM800 to RM920 for Sabah, Sarawak and the Federal Territory of Labuan,” Najib stated.

The new minimum wage will be implemented in all sectors except for domestic services or domestic maids.

In an effort to strengthen the tax structure to be more competitive and progressive, Najib also proposed that the taxable income band for the highest tax rate be increased from 25% to 26% for those with an income between RM600,000 and RM1 million.

Meanwhile, for those with an income above RM1 million, the tax rate will be increased from 25% to 28%

The Budget’s third priority was labelled “empowering human capital”, which involved measures to improve both the current and future workforce.

These included the allocation of 30% of the human resources development fund to implement training programmes to meet the needs of local industries in Sabah and Sarawak as well as an outplacement centre to retrain retrenched workers.

Plus, Najib announced plans to train an “additional 15,000 participants under the 1Malaysia Training Scheme (SL1M) with an allocation of RM250 million which will be fully financed by GLCs (government-linked corporations)”.

To improve the management of foreign workers, he added a sum of RM77 million will also be provided to implement programmes such as Train & Replace in selected fields such as hospitality, shipping and transport.

“The government remains committed to achieving at least 30% participation of women in decision-making positions in the public and private sectors,” he said.

“This includes at the board of directors level. The government will continue to monitor the achievement of this policy.”

Share with your friends:
Tweet
Confidence in China’s employment market falls for first time in 5 years Who are Asia’s champion recruiters?