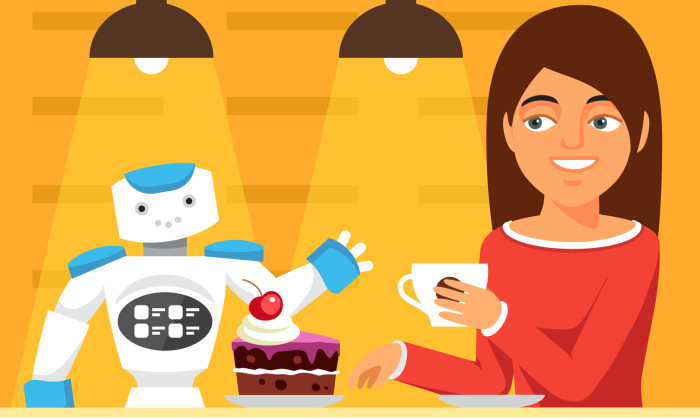 A world where robots serve most of our daily needs might no longer be only a fantasy in comic books.

In a new report published earlier this month, Nomura Research Institute (NRI) an IT consulting firm in Japan, predicted robots may take over 50% of all jobs in the country within the next twenty years.

He and his team looked at more than 700 types of jobs and suggested that labour in production occupations, logistics and transportation occupations, as well as administrative support could become computerised.

“We did the same kind of analysis in Japan that Professor Osborne carried out in the UK and the US. We found that up to 49 % of jobs in Japan could be replaced by computer systems,” Yumi Wakao, a researcher at NRI, told Motherboard in a phone interview.

ALSO READ: Would you work for a robot?

She explained that Japan’s possibility to automate jobs was higher than in the UK, because many data-inputting jobs done by machines in Japan were still being done by humans in the UK.

The main jobs that are up for grabs for robots are taxi drivers, clerical data-inputting style jobs, security guards and receptionists. These, the researchers suggested, require little creativity.

Japan is already trialling automating some of these jobs. In July, Henn-na Hotel which features robotic employees at the front desk opened.

Although it is in inevitable that an increasing number of robots are entering the workforce,  NRI stated that before a robotic worker ‘army’ can be created, some improvements in  infrastructure need to be done first.

Share with your friends:
Tweet
Live: HR Vendors of the Year Awards 2015, Hong Kong Singapore is APAC’s 7th most affordable city for youngsters