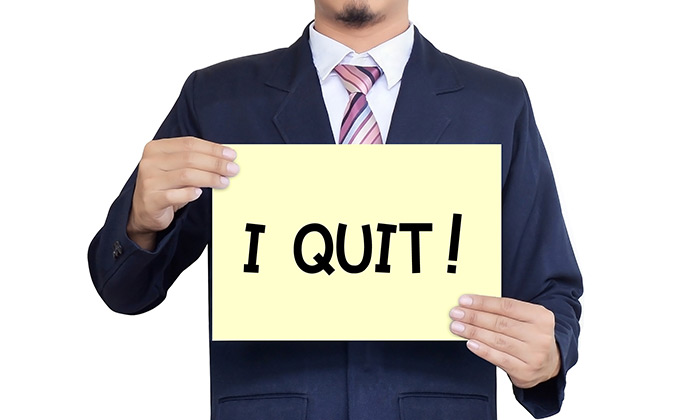 Bosses might be happier than their junior employees, but looks like that isn’t enough to get them to stay in firms.

A new report by Mercer shed light into an engagement paradox occurring in companies today: the most engaged employees in the firms are also the ones most likely to be considering leaving their current job.

Polling 3,000 American employees, the report found 37% of workers are seriously thinking of quitting their current firms – 6% higher than in 2011.

Breaking down the numbers by generation, it found the senior management was the most likely to leave, with 63% saying they were thinking of resigning.

The percentage was almost twice as high as that of non-management employees (32%), and significantly higher than members of the management (39%).

“While two out of five employees overall are considering looking for a new employer, among senior manager, it’s three out of five,” the report stated.

“Employers generally have devoted considerable time and resources to develop their top management, so departures at this level can have a major impact.”

ALSO READ: Don’t be the reason your employees quit

Despite being labelled as the demographic most likely to leave, the report found that these senior management members are, also, the most satisfied in their organisations.

Almost all (94%) of senior managers were found to be satisfied or very satisfied with their organisations, compared to 64% of other employees.

Additionally, while 72% of all other employees stated they were satisfied or very satisfied with their jobs, 93% of senior managers stated the same.

Senior managers are “more likely to believe the organisation is well managed and that teamwork and cooperation are recognised”.

Given these findings, the report urged employers to ask themselves if their own employee surveys also reflected the “happy but leaving” trend.

If so, the researchers advised employers to consider if they should formulate strategies to help employees to stay longer, or formulate reward and retention strategies to suit the needs of a more transient workforce.