Should the minimum wage be age sensitive?

Should the minimum wage be age sensitive? 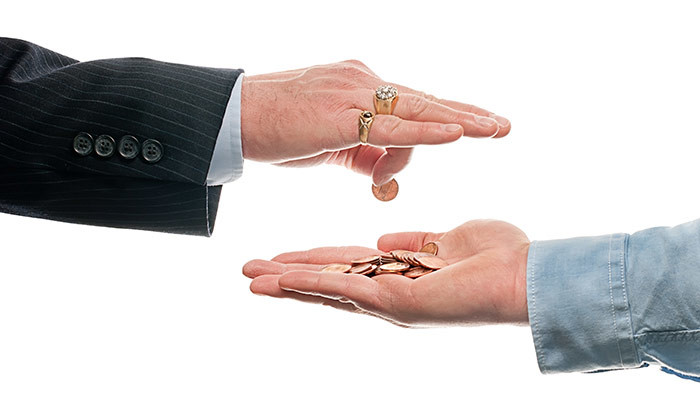 Unlike in Hong Kong, Taiwan and South Korea, which offer similar minimum wage for employees, only workers aged 25 or above in the UK will benefit from the  minimum wage –  or what Osborne calls the national living wage.

With increasing public pressure on government to close the wealth gap, many countries had proposed to increase the minimum wage.

In Singapore, the opposing  Workers’ Party  is promoting a “phased rollout” of a national minimum wage starting at S$1,000 a month and the amount will be increased gradually over a period “of a few years” to S$1,250.

Japan’s Ministry of Health, Labor and Welfare announced last month the minimum hourly wage in Japan was raised by ¥18 from the previous year to ¥798.

In Hong Kong, workers saw their minimum wage increase to from HK30 to HK$32.5 this May with workers in the cleaning, security and restaurant sectors benefiting the most.

The rationale behind the UK minimum wage policy is to encourage less educated young people to find employment. UK university graduates tend to make more than the minimum wage, so the policy is aimed to benefit grassroot workers.

If people across different age groups get the same pay, employers will definitely prefer to hire experienced workers and young people who are looking to get grassroot jobs will be denied opportunities. Getting younger workers to take less will make them more attractive to employers.

The situation is similar in Hong Kong where less educated young people are struggling to find employment – the unemployment rate among individuals age between 15 to 19 is 15.2% way higher than the city’s average of 3.3%.

Whether the city should follow the UK policies is up for debate, but offering different minimum wages for people of different age  group is certainly something to look into.

ALSO READ:5 tips to negotiate with your employees on a pay raise

Share with your friends:
Tweet
Singapore has the third lowest hiring outlook in APAC Top 10 listed companies with the biggest income gap