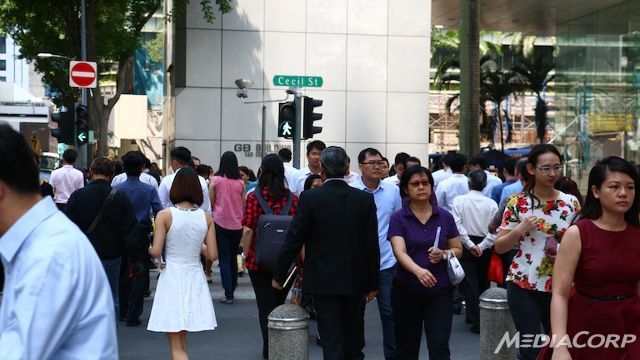 Singapore could lose its competitive edge within the next decade if wages continued their pace of growth without corresponding productivity gains, according to human resource experts.

Human resource experts have said that while Singapore’s tight labour market will place an upward pressure on wages in the next decade, companies will find it hard to justify healthy pay increases if the trend of lagging productivity growth continues.

“If we can’t make this productivity increase, it means that the Singapore economy, from a global perspective, will be less competitive,” said Adecco Personnel’s country manager, Ms Femke Hellemons. “If that is the case, that will have an impact on economic growth, and again, on the sustainability of increasing the wages.”

This means that businesses that lag in productivity growth will have to shape up or ship out. It is the harsh reality of competition, with unproductive companies left with dwindling resources to support a wage growth strategy for attracting and retaining talent, and having to close shop in the end.

That is why it is imperative that firms find ways to raise productivity, if they want to stay in the game.

The Government has been focusing on encouraging firms to tap technology to work smarter, and supporting ways to upskill workers so that both businesses and employees can be more productive.

“We do not have an inner market, neither do we have natural resources,” said Mr Erman Tan, president of the Singapore Human Resources Institute. “So we only can compete based on the competitiveness of our human capital. Our workforce has to stay relevant, they have to provide high value-add services and knowledge to be able to support our growth of economy.”

If not, there is a possibility that wage growth will stagnate in the decade ahead.

Share with your friends:
Tweet
How do Employers decide if you’re Promotion ready or not? More than 1,200 new and returning teachers to join education service