Strapped for talent, SMRT announces up to $3,000 as referral bonus

Strapped for talent, SMRT announces up to $3,000 as referral bonus 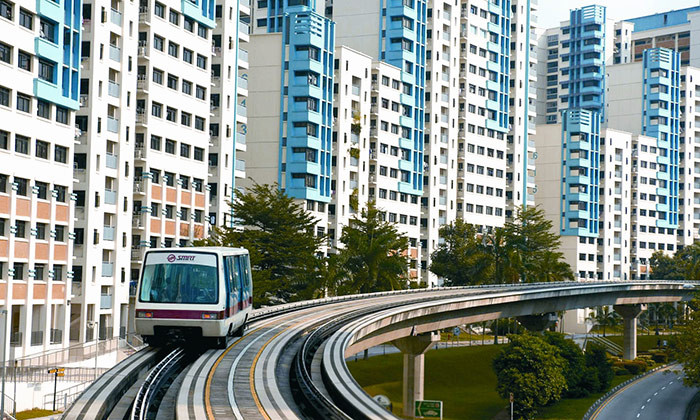 With a growing bus and rail network, in an industry that is strapped for talent, SMRT Corporation has announced a new employee referral scheme to fill 700 vacancies in both bus and rail roles.

SMRT Corporation has enlisted the support of its 9,000 staff to recruit some 700 new hires for its rail and bus businesses as the transport operator gears up for growth.

Under the enhanced employee referral scheme, staff can earn up to $3,000 for each successful new hire. Sign-on bonuses can also go up to $3,000 for bus captains, rail supervisors and engineers.

The cash incentives, SMRT’s most attractive thus far, come amid a push to strengthen its maintenance capabilities to service new trains, and for maintenance needs from providing more bus services.

It is aimed to address demand for competitive positions such as bus captains and rail engineers.

[scroll down for an interview with Gerard Koh, SMRT’s vice president for HR]

“Many of these jobs are fresh positions created to poise SMRT for growth as demands for operations and maintenance work in its rail network and bus services increase,” stated SMRT.

Other aspects of the referral scheme include:

The new scheme follows the November 2013 announcement of a progressive career scheme for SMRT bus captains, wherein they can earn more than $3,000 a month.

Chief bus captains can go on to earn a median gross pay of $4,500 per month, through continuous training to upgrade their driving and supervisory skills

Gerard Koh, SMRT’s vice president for HR, noted a committed workforce is the best advertisement for the firm, as “people make the best ambassadors”.

In an exclusive interview with Human Resources, Gerard Koh elaborated on SMRT’s ongoing efforts for attraction and retention of talent.

Apart from this new scheme, what are the other ways in which you are attracting talent?

There are two types of talent we are focussing on – fresh graduates and mid-careerists.

On that last point, last year we garnered around 1,000 applications across Singapore.

The trick for us is in starting to engage them early. We don’t just approach them in the recruitment season, we talk to them constantly to get them to consider rail as a career, and work on projects.

For the second talent area, mid-careerists, we focus on attracting rail engineering at the moment. We work with a lot of vendors, and more and more, they approach us for a career in SMRT.

Increasingly, we use LinkedIn – both for local and overseas candidates. When it comes to talent we don’t have locally, for example, if we are expanding engineering capabilities, that’s when we look overseas.

Another way to attract mid-careerists is referrals. Engineers will go on to invite their engineering friends, if they find SMRT a good place to work, have an engaging boss, and interesting projects.

Indeed, the company is growing, and there’s a slate of projects being implemented, apart from the regular maintenance work.

Where specifically does the talent gap lie in Singapore?

There is a shortage of engineers, rail engineers in particular, especially in the middle level.

At the junior level, graduates are very enthusiastic, they want to engineer-for-a-purpose. They want to join a company that has engineering at its core, but works for the greater good.

The fact that the public transport system serves the public and makes a daily impact means a lot to them.

The mid-careerists is another area of shortage – we call them the ‘missing middle’. This is the talent which over the year may have given up engineering, thus leaked out of the pipeline, people in their late 30s or early 40s.

Rail engineers – in particular – has an even small pool of this population. We don’t have a big sea to fish from.

How do you solve the problem at this level then?

We try and attract mid-careerists from other industries, and convert them to become rail engineers. They could be from aerospace, oil and gas, marine.

They know the systems, they understand the business, and they need our help in converting to the rail skill set.

As more operators enter the industry, they are offering innovative perks to lure talent (such as the ones by Tower Transit announced earlier this year). Do you have something similar on the cards?

At this point we are negotiating with the union so we can’t say much. Certainly, employee health and welfare is on top of our mind.

One of the things we are focusing on is health in the face of a sedentary lifestyle, like the bus captains.

The workforce is ageing, and we want to keep them employed for as long as possible, and that’s what we are invested in. For us, health and fitness equals job security, which in turn, equals employability.