The 100 best employers for working mothers

The 100 best employers for working mothers 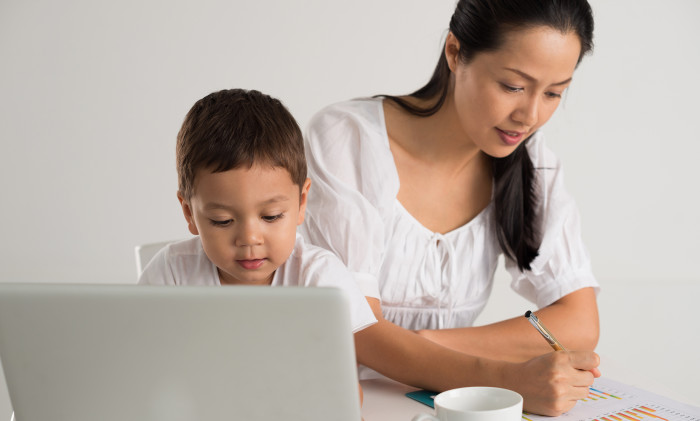 Flextime, childcare options and paid maternity leave are the key issues for working mothers around the world and but they remain a slogan for many Hong Kong working mothers.

In the US some 24 million mothers with children under the age of 18 are enjoying those benefits. Companies like IBM started offering paid family leave all the way back in the 1950s, and flexible work options back in the 1980s.

Sadly, most firms in Hong Kong don’t have enough of these on offer, with the exception of multinational corporations.

US based Working Mother magazine released its list of the 100 best companies for working mothers to reveal the 100 companies that offer an average of eight weeks of leave, as well as flextime, telecommuting and other benefits.

The following 10 companies made it to the top 10 in the list (not a ranking):

The list of the top 10 was dominated by consulting firms in six out of the 10 available slots. Johnson & Johnson and IBM Corp are the only two companies that have made the list for all 30 years.

Every company in the full list of 100 offers fully paid maternity leave to full-time employees who have been on the payroll for at least a year, offering up to 18 weeks for new moms, 16 for new dads and 13 for adopting parents.

ALSO READ: 83% say flexitime is key to getting mothers back into the workforce

The US has certainly come a long way in creating a family-friendly workplace. When the annual list began 30 years ago, only five of the 30 best companies offered fully paid maternity leave and none had leave for new fathers or adoptive parents. Only seven had flextime.

Jennifer Owens, the editorial director of  magazine told Reuters that the most advanced companies are providing benefits that were not even considered 30 years ago, such as subsidised childcare at HQ, elder care at a center or at home, and in-vitro fertilisation and adoption assistance.

In Hong Kong, nearly nine out of ten employers think the government should provide tax incentives and other perks to encourage them to offer flexible working hours, according to research released last week by Regus.

The study found that flexible working hours are highly encouraged, and the government should provide incentives for corporations to implement them.

87% of Hong Kong respondents indicated that the government should offer tax incentives, while 83% believed there should be non-tax incentives to promote flexible working options.

Like the US, flexitime is a certainly a key issue for working mothers in Hong Kong. The question is, will they get it?