The 5 most popular ways to have fun at work

The 5 most popular ways to have fun at work 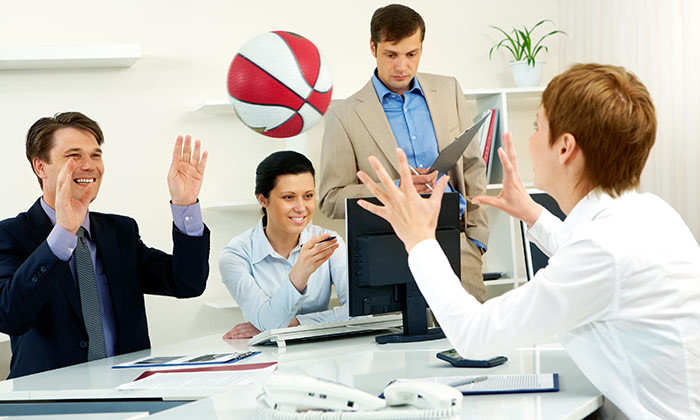 Most people believe that work and play shouldn’t be mixed.

However, research has shown that allowing your staff to have fun at the office might just lead to increased productivity and reduce your organisation’s turnover.

In fact, a study by BrightHR found that 62% of staff who had not taken a sick day in the last three months experienced some form of fun in the workplace, compared to 38% of those who don’t.

“We know that experiencing positive emotions not only protects people against stress, but actually helps them to become more productive at work, excel at what they do and remain with their employers for longer periods of time,” wrote Cary Cooper CBE, distinguished professor of organisational psychology and health, University of Manchester and founding director at Robertson Cooper, who worked on the study.

“For this reason, it is important to foster a culture of positive emotions towards the workplace.”

If that’s not enough to convince you to buy into the culture of workplace fun the report found HR professionals were the most likely to indicate that they had partaken in fun activities in the past 6 months (93%).

They also believed that having workplace fun or play would motivate them to work harder (86%).

“This also suggests the HR profession is in tune with the needs of the modern and changing workforce, and makes HR stand out as an occupation to pay more attention to.”

Similarly, fun at work is supported by the big guns, with 72% those earning annual salaries of more than £55k percieving fun at work to be very/moderately important.

So what are the top 5 activities you should introduce to your workplace to make it more fun?

Here are the 5 most popular ways to have fun at work (as told by employees):

However, for HR leaders planning to introduce these fun activities to their workplace, it is crucial to take note that the perception of fun varies with gender and age group.

“It’s important to remember that introducing fun in the workplace isn’t a one-size-fits-all approach. Positive emotions are driven by different factors for different people,” Cooper stated.

“Fun is a really personal thing, and, generally speaking, people don’t have very high expectations about what employers should provide – instead, it’s more about employers and managers giving their teams permission to take the lead and initiate play,” Cooper added.

Male employees listed a pool table (29%), video games (18%) and fantasy football (15%) as the top three things that would make their work fun.

On the other hand, their female peers, listed wellbeing day (22%), having an office dog/cat (21%) and having a bake off (18%) as the top three things that would make their work fun.

At the same time, younger employees are more likely to rate having fun at work as very/moderately important (79% of 16-24 year olds as compared to 56% of 55-60 year olds).

“I urge employers to look at fostering a culture of positive psychological wellbeing. We know positive emotions help make people happy and that, in turn, happy people are productive, loyal and generally have higher levels of wellbeing than those who aren’t. Looking at the findings of this report, if we know that fun can increase effectiveness and productivity at work, why aren’t we doing more to bring fun and play into the workplace?”

Share with your friends:
Tweet
Hiring demand still strong in Malaysia, says report Having authority at work could be making you fat