The best of you: Finding the “human” part of HR

The best of you: Finding the “human” part of HR 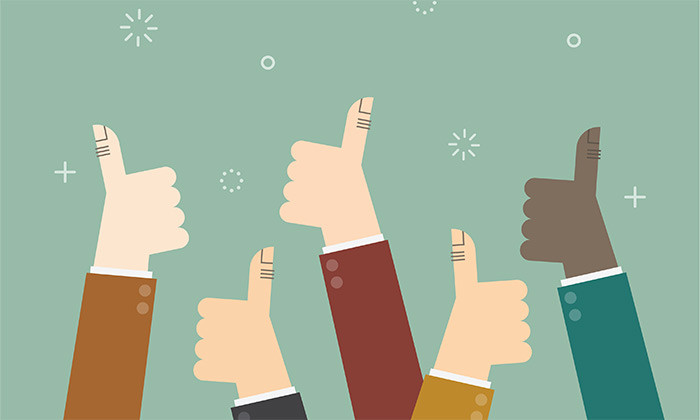 Why did biscuit maker Julie’s embark on a movement of appreciation, not restricted to its own employees?

Sai Tzy Horng, the proxy to Julie’s founder and HR head Su Chin Hock, and consultant for this new campaign, finds out the reasons.

In 2014, Julie’s started a social movement, with the signature question, “Who is the best of you?”.

Individuals were asked to find quiet moments in their busy lives to take stock of and appreciate their accomplishments and those who have inspired them.

Upon reflecting on their lives, over a few thousand heartfelt and inspiring stories poured in from Malaysia, Singapore, and other parts of the world, in support.

One might ask – what has a movement such as this have to do with the business needs of a biscuit-making entity and its human resources?

We believe that The Best of You can be understood as an lively expression of our core values, that is, passion, conscience and integrity – values that drive our working culture.

What brought on this idea?

The Best of You was conceptualised from a conversation that began a few years ago, that was centred around various questions – who is Julie? Who do we want to be? What kind of employers are we? How do we see ourselves as a company?

We introspected on our history, current practices, core values, and our people, and ended up recounting many stories, many of which were about appreciating the people who worked with us.

As we looked inward into our working culture, we realised that mutual appreciation amongst our staff members was a key contributor to our team spirit and cohesiveness.

As we looked inward into our own operations and working culture, we realised that mutual appreciation amongst our staff members was a key contributor to our team spirit and cohesiveness.

Among the many stories of the people who worked in Julie’s, the stories from our suppliers, distributors, friends, and working partners, indeed, were the key constituents of who we are as a company.

In a bold move, we started a social movement where everyone could share their stories of appreciation.

While initiated by Julie’s, we decided that The Best of You is shouldn’t be a space for publicising products. Rather, its focus should be about people and their stories that express appreciation for their accomplishments and the people who have helped them along the way.

ALSO READ:
All you need is a little appreciation
How to make your staff happy everyday

Challenges to the journey

One of the biggest challenges was our own wavering beliefs in the movement’s plausibility during the planning stage. The Best of You marked a significant departure from Julie’s previous activities; and we were, at times, a little scared about how bold the idea was.

There were occasions where we had difficulties convincing ourselves that other people would understand the meaning of the movement and in particular, the question “Who is the best of you?”

We were afraid few people would respond to the movement’s call for action and as a result only a few stories would be submitted.

But we took a very principled approach in crafting and implementing the movement.

One of our principles was even if we only received 20 stories, we would still do our best to honour them by giving them a proper treatment for them to be told and heard.

We went back to the principle – the movement is not about creating the largest repository of stories of appreciation. Rather, it is about appreciation.

One of our principles was that even if we only received 20 stories, we would still do our best to honour those stories by giving them a proper treatment to be told and heard.

With careful planning, and sticking to what we set out to accomplish in the beginning, we did what we did, and received overwhelming response that we didn’t anticipate at first.

The best step to success

The Best of You has afforded many important benefits to Julie’s management and staff, one of which is that it will always serve to remind us to emphasise the human part of human resources.

We believe that as employers embrace a performance-driven business environment, what we do, who we are, and the people who have contributed to Julie’s success can easily become reduced to technical means to particular ends.

To put it in another way, in a competitive performance-driven environment, human resources can become reduced to mere resources.

A movement such as The Best of You reminds all of us at Julie’s of what or who we do not want to become and grounds us in who we want to be.

The Best of You’s call to action – to find moments to reflect on who or what has brought out the best in our lives reminds all our staff members to be reflective of their practices.

We all need a safe space to hold a mirror to ourselves and reflect on our past actions, appreciate them, and more importantly appreciate the people in our lives who have helped build our dreams.

The Best of You is running its second year in 2015 and will continue for years to come.

Share with your friends:
Tweet
Singaporeans clocking in an average of 45.6 hours at work every week 73% of Hong Kong staff set to receive bonuses this year