The hottest winners at the HR Excellence Awards 2015, Malaysia

The hottest winners at the HR Excellence Awards 2015, Malaysia 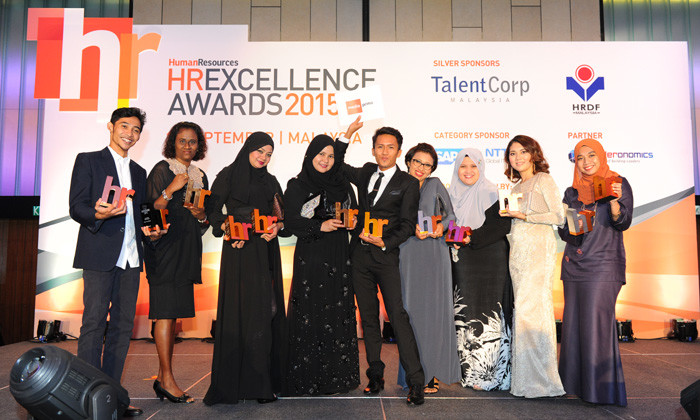 Last night, the most outstanding organisations and individuals were recognised for their excellence in various areas of HR in the third annual HR Excellence Awards 2015, Malaysia.

Hosted by Human Resources, and judged by an extensive panel of HR directors across Asia, the night’s grand winner was Media Prima, which took home a total of 12 trophies.

Among BAT Malaysia’s winnings were two gold trophies for excellence in employee engagement as well as in talent management.

Other than emerging as the HR team of the year, UMW Corporation also bagged two gold awards for excellence in HR strategic plan and excellence in leadership development.

It was great to also see SMEs being recognised for their excellence in HR last night. One example is Leaderonomics, which stood out as the SME employer of the year, and gold winner for excellence in CSR practices.

Auric Pacific also took home the bronze award for excellence in employee diversity & inclusion strategies, in a category where the gold and silver were won by IHS Global Malaysia and Schneider Electric Malaysia respectively.

The jury also recognised the immense effort of organisations such as Inland Revenue Board of Malaysia, Alliance Bank Malaysia, CIMB Group, Mindvalley, and Lumileds Malaysia,  in progressing HR practices to the next level.

Check out the photos from the event:

Share with your friends:
Tweet
Want to get rid of your boss? Häagen-Dazs has a way Winning the battle for aerospace talent across Asian skies