The secrets behind how CEO salaries are determined

The secrets behind how CEO salaries are determined 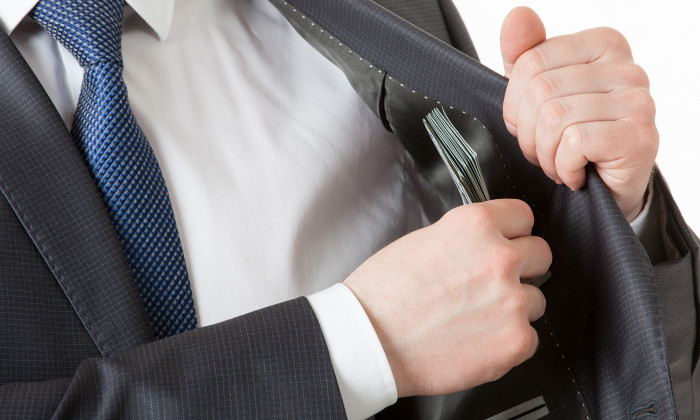 CEO compensation attracts significant public attention, which puts extra pressure on management to produce a compensation package that is up to the expectations of various stakeholders of the company.

But there’s been a “black box” surrounding the exact process behind crafting compensation packages for CEOs, as identified by Susanna Gallani, an assistant professor in the accounting and management unit at Harvard Business School in her paper Through the Grapevine: Network Effects on the Design of Executive Compensation Contracts.

“For years I imagined this group of people sitting around a table, having to make very important decisions, such as defining the CEO’s compensation package,” she told Forbes.

“And I always wondered, what do they talk about? What is the information they use? What are the questions they ask? And more specifically, what are the sources of influence on the decisions that they make?”

She highlighted that among the 350 top firms in the United States, the average CEO compensation package added up to $15.2 million in 2013, according to the Economic Policy Institute.

That compensation includes a vast array of factors, such as salary, bonuses, stock options, and long-term incentive payouts.

With every company having a unique set of strategic goals, Gallani originally assumed that the chief executive’s compensation package should be uniquely designed to align to those goals

But when she examined the public records of public companies in the United States, she realised a significant disconnect between economic theory and economic reality.

In spite of the unique goals of each firm, compensation packages often looked very similar from one firm to the next, both in terms of the distribution of fixed pay (salary) versus incentive pay (bonuses and stock options), and in terms of how CEO performance is measured.

Gallani came up with two possible explanation for the situation.

The first was the issue of interlocking directorates. Many directors belong to the boards of multiple firms.

She found that when two firms had at least one board member in common, their compensation packages were decidedly more similar than in two firms with no interlocking board member.

“Board interlock is a conduit of information, but it’s also a source of influence,” Gallani  said.

The second factor is use of compensation consultant who is an independent advisor who helps shareholders decide what to pay their CEO.

Compensation consulting firms often serve hundreds of corporate clients.  For example, leading firm Pearl Meyer has more than 1,000 clients, including many in the Fortune 500.

After surveying a bunch of public companies, Gallani discovered that firms which connected through compensation consultants had similiar CEO compensation packages. The way they measured CEO performance was also identifcal.

ALSO READ: Why Unilever’s CEO is “ashamed” of his pay

Share with your friends:
Tweet
HSBC Said to Plan Cutting 2,000 Jobs in Commercial Bank Division HR is the 3rd most in-demand function in Singapore