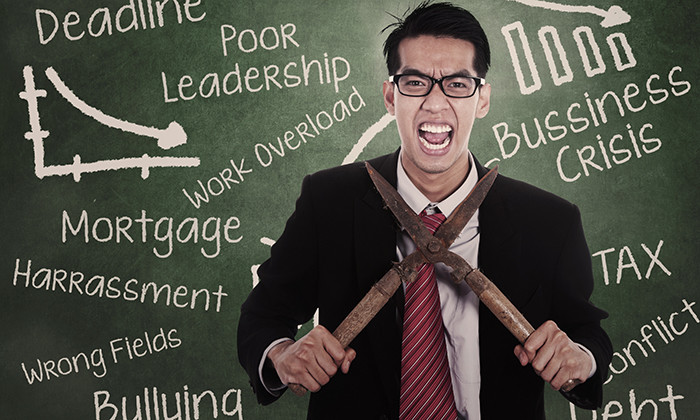 Hongkongers are among the most stressed workers in the world, with 80% saying they are under huge pressure at work. There’s no question that many workers have a short fuse, so one has to be careful with what they say in order to not upset them.

A post by Heawork Tumblr listed three statements that left workers around the city bursting with anger.

“Regarding this year’s pay raise, let me fact check with the human resources department.” This is a common response workers get from the boss when trying to get a raise.

Only a lousy boss would not be familiar with the financial situation of the company. The fact is that many of them use HR as a shield to escape questions regarding paying employees more money.

2. Buying a flat in Hong Kong is a piece of cake

“You (referring to journalists and another professionals) make at least HK$40,000 to HK$50,000 a month. Save for a few months and you have enough for the first installment on a flat.”

Talk about not being down to earth. Lui should get his HR department to do some fact checking. Figures from the Census and Statistics Department showed the median individual income of Hong Kong in 2016 was HK$15,500 per month.

Looking on the bright side, Lui must be a great boss who pays every one of his employees at least HK$40,000 to HK$50,000 a month. Time to check out openings at his companies.

3. “It only takes half an hour to go from Wanchai to Tin Shui Wai.”

While this is a dig from chief executive hopeful John Tsang at rival Carrie Lam after she snubbed a meeting with residents in Tin Shui Wai last week, the statement is like rubbing salt in the wounds of residents of the western New Territories.

Residents living in Yuen Long, Tuen Mun, and Tin Shui Wai are stuck in traffic for more than an hour everyday, trying to get to work on Hong Kong Island.

“Why do they have to go to Hong Kong Island to work?” is another thorny manpower mismatch issue that the government and employers have failed to address year after year.

Share with your friends:
Tweet
Winners and photos: Asia Recruitment Awards 2017, Malaysia Could a robot do your job? Aviva will retrain you